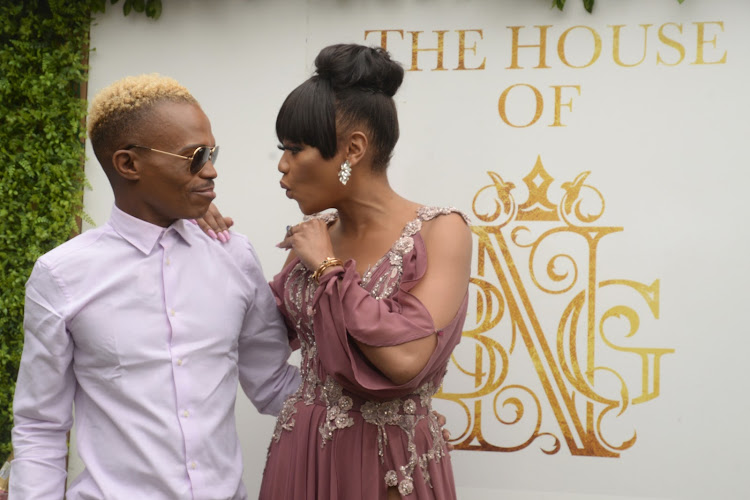 Somizi was there to support Bonang at the launch of her bubbly on Monday.
Image: Gallo Images/Oupa Bopape

Not so long ago they couldn't even stand to be in the same room together but Somizi and Bonang have since mended fences and told Metro FM's DJ Fresh that it all started with a tense moment last year.

The pair used to be the definition #BFFGoals until they had a massive fallout in 2016 that left fans reeling in shock.

Things were awkward until last year when Bonang gave a shout out to Somizi at a lunch for the Mzansi Magic Viewers' Choice Awards. A few weeks later the pair were snapped together at SABC 1's Tropika Smooth fan competition in Cape Town.

Speaking on Metro FM on Tuesday, Somizi said it was at the Tropika event that they finally kissed and made up.

"We were eight personalities. I was in one group, Bonang was in the other group. Our group started first but Bonang walked straight in, she was holding a glass of champagne. She walked straight up to me, we were like 'oh God, what is going to happen?'. She came straight to me and said 'I miss you, friend' and I said 'I miss you too' and we kissed. That was it."

Bonang added that after the event in the airport slow lounge they "sat together and just started talking".

She said that throughout their feud she never let her personal life get in the way of her professional work, even if it meant being in the same room as Somizi.

The interview came just hours after the pair were snapped together at the launch of Bonang's new bubbly, House of BNG on Monday.