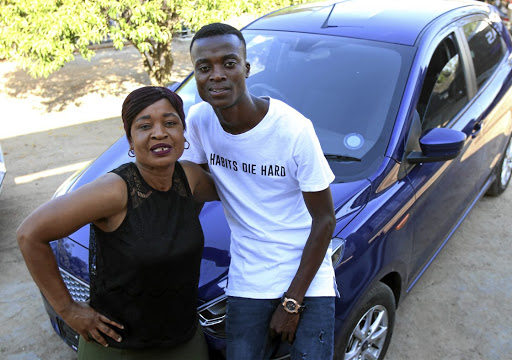 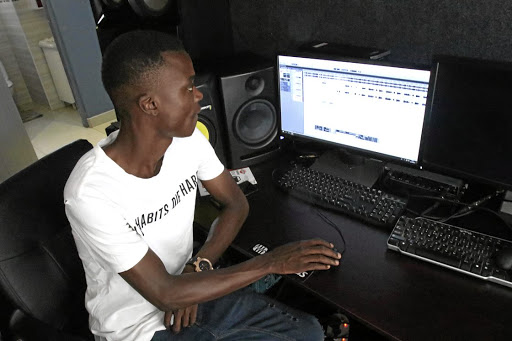 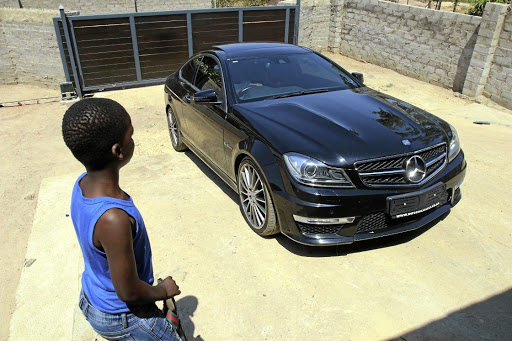 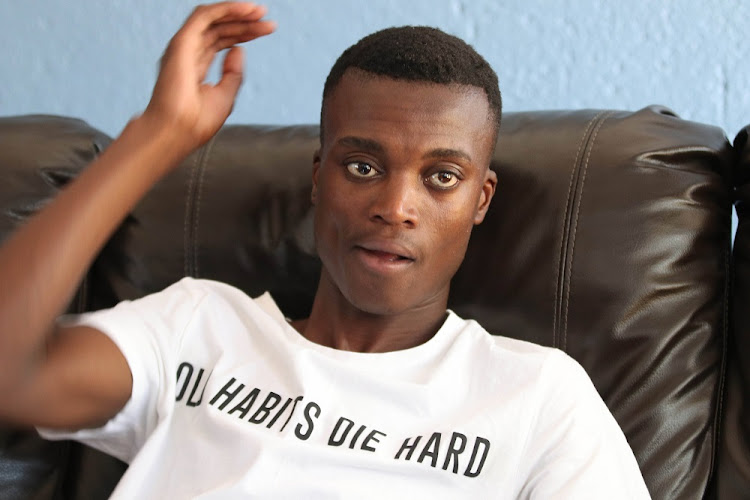 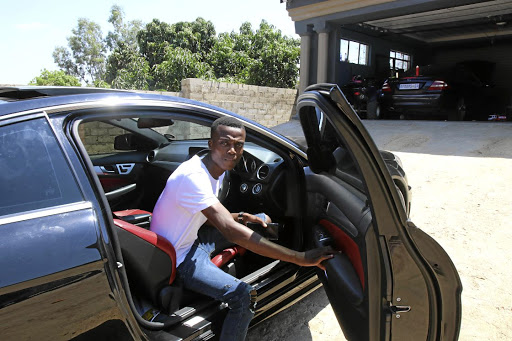 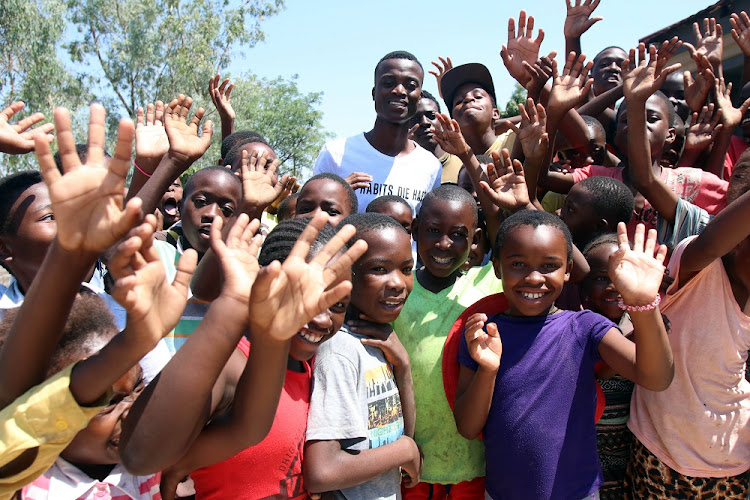 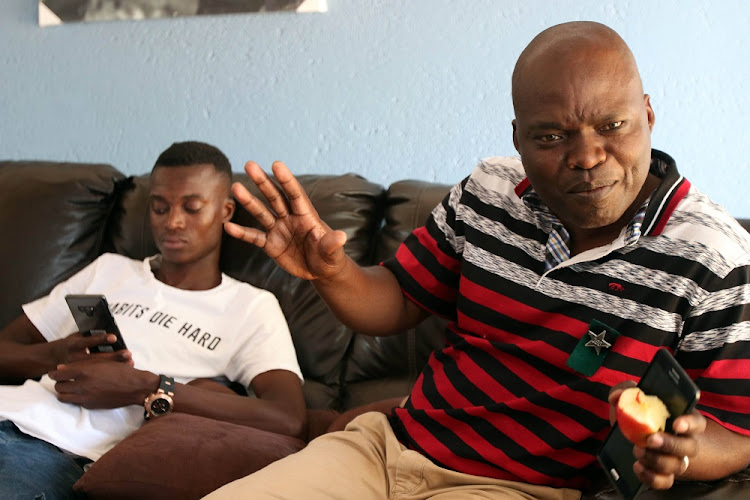 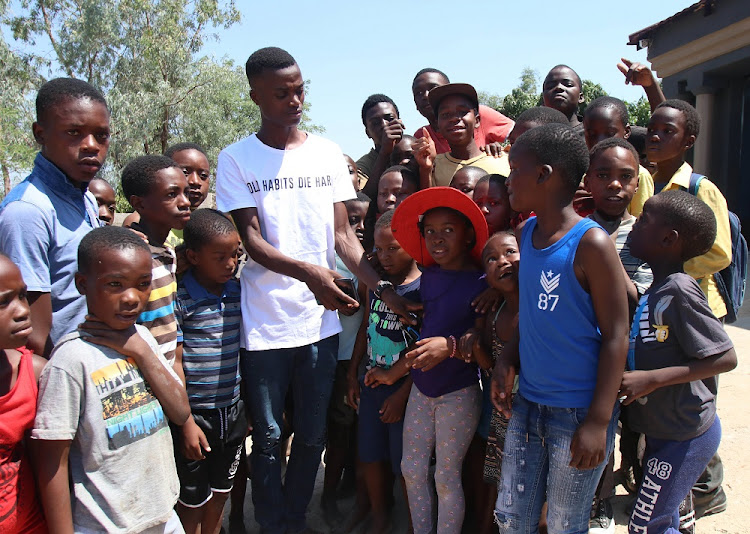 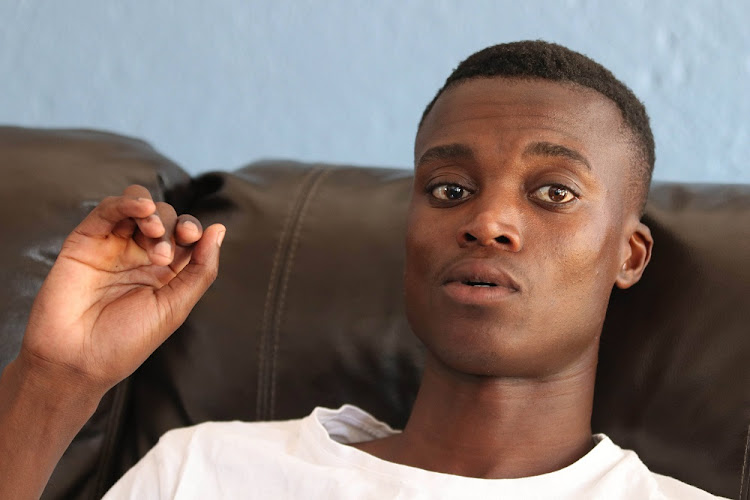 Thandi Matlala used to illegally connect electricity from a neighbour's house to keep her son glued to his music instruments.

The small room in Mokgolobotho village, outside Tzaneen - in Limpopo, would be the cradle that would give SA the massively talented King Monada.

Today, Matlala, 54, beams with pride at the success of her son who has left SA spell-bound with his catchy hit Malwedhe and the fainting dance that has spiralled into a craze.

Matlala, a cook at a local supermarket in Tzaneen, welcomes us to the house of her younger son she named Steven Khutso Kgatla, that the world knows as King Monada.

King Monada whips SA into a trance with 'Malwedhe'

King Monada has the whole country falling in the name of dance.
Entertainment
2 years ago

Two Mercedes-Benz sedans are parked in the yard, while a Ford completes the trio of wheels for his family.

A visibly happy Matlala embraces their change of fortunes.

"This month he bought me a brand new blue Ford Figo. He didn't tell me about it, he took me by surprise.

"I was at work when Khutso and his elder brother Lucky came to ask for me, only to take me to a car dealership and said he bought me a car. I nearly fainted because I never thought of owning a car in my life," she shares.

Matlala says she is still working on acquiring a driver's licence but at the moment her son had provided a driver to take her to and from work.

Matlala says Monada's talent comes from her elder brother Michael who was in a band that played at local taverns years ago.

"After school his uncle would teach him how to play drums and keyboard. During weekends Khutso would tag along with his uncle to perform for patrons," she says.

Matlala says she was thrown into grinding poverty after her husband Elvis Kgatla passed away after a long illness.

She had to relocate with her children from Rikhotso village to Mokgolobotho where she settled at her parents' house.

She is not proud that her famous son dropped out of school in grade 8 in 2009 after he quarrelled with a teacher.

"He told me that he no longer wanted to go back to that school and that I should find him another one. The school refused to grant him [a transfer], he paid his attention to his music career," she says.

Seeing how dedicated Monada was to music, Matlala asked for music equipment from her employer in Tzaneen, where she worked as a domestic worker.

"I explained to my employer that I have a son who loves playing music and I asked for any equipment. I remember this white couple gave me an old computer, car battery, piano and a generator.

"Khutso and his brother Lucky connected the computer but the battery power was not enough while the generator demanded a lot of diesel which was expensive," she remembers.

The mother of five said at the time she earned R800 a month and was forced to sacrifice further.

"Because I believed in my son's talent I had to ask my neighbour if I could illegally connect electricity since Eskom was taking long to connect villages.

"I had to pay R400 every month for the electricity. As if that was not enough, I had to buy matching clothes for his dancing group and paid for their trips," she says.

It has all paid off now.

Dressed in a blue skinny jean and a white T-Shirt, Monada walks out of the five-roomed house barefooted to welcome us.

"You're welcome guys, I will be with you in a moment because I'm still busy with Dr Malinga in the studio," he announces to us.

A few moments later he emerges from the tiny studio patched with a black mat on the walls.

Slouched on the sofa, the father of two boys Temoso, 8, and Junior, 2, says people didn't know that he started his music career as a dancer in 2005.

In 2010 he met Mpho Madalani and Khutso Selowa who had all the equipment to record a song. He recorded and released his first track Dolly my Love.

Shortly after that he met his current manager Albert Makwela, who stood by him throughout.

"He played a father-figure role in my life, he provided transport when I needed to play my gigs outside the area. He had the best music system in the area too," he says.

King Monada says he has more than 200 tracks since the beginning of his career.

"I still have 60 unreleased tracks which will keep my fans on their toes next year.

"I can tell you now that Malwedhe is going to be a song of the year," he says.

King Monada said the Malwedhe hit song idea came from a Facebook post where a fan posted about her boyfriend not calling and that caused her some illness.

"I didn't expect to get such huge reaction from this song. I knew it was good but not to this level. I, however, appeal to my fans not to "idibala" (faint) while driving, they must dance responsibly this festive season," he says.