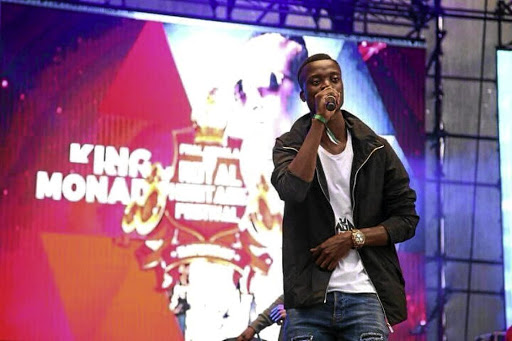 A war broke out between the police, security guards and fans of two popular Limpopo artists during a concert in Tembisa, Ekurhuleni, a week ago.

The ugly incident happened after unruly revellers at what was dubbed the first Bolobedu Social Experience at Moriting Park tried to force their way into the venue without valid tickets on Saturday night.

Sunday World witnessed as the police retaliated by shooting at the crowd with rubber bullets, sending the group scurrying. More than 30 cars were damaged in the scuffle.

As a result of the fracas, the performance was stopped for almost two hours, causing those who were already inside the venue to lose patience.

They demanded that the two heavyweight artists get going with the show they had paid for or that they be reimbursed.

Organiser Pollet Nakana confirmed the fracas between the police and some of the revellers but said the event continued after order was restored.

"We had not anticipated that the turnout would be that big as it was the first event we were holding in Tembisa.

"We were expecting at least 3000 people at the most but people shocked us and came in their numbers.

"The people who fought with the police outside the venue did not have tickets and they wanted to go inside by force," said Nakana.

She said the event was closed by King Monada, who wowed the crowd with a performance between 3am and 4am.

EMPD spokesperson Wilfred Kgasago said: "We further confirm that scuffles did take place precipitated by those who had no tickets and wanted to gain entry by force. They also collapsed the temporary fence around the park.

"Both the EMPD and SAPS members were positioned inside the venue to ensure safety to attendees and performers."

He said EMPD officers were compelled to use rubber bullets on the rowdy crowd after they had overpowered private security personnel at the venue.

A case of public violence has since been opened by police at Tembisa police station.

Khelobedu disco artist King Monada was booed and pelted with missiles while on stage at a show at the University of Limpopo's Turfloop Campus.
News
3 years ago
Next Article