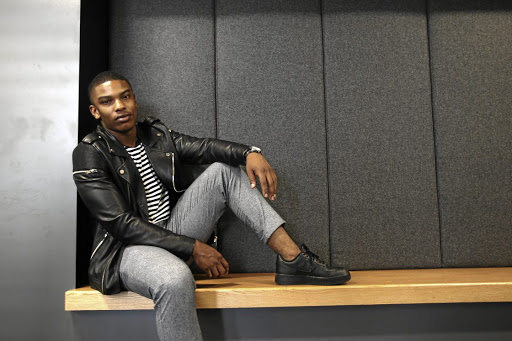 Thabang Molaba says his spirituality ensures he never has a bad day./KABELO MOKOENA

Thabang Molaba stakes his claim as the king of the castle in The Queen.

The young actor appeared for the first time on the popular Mzansi Magic soapie last year as Gift Mabuza, the troubled son of Gracious Mabuza (played by Rami Chuene), only to disappear after a few weeks.

He resurfaced on Wednesday night much to the delight of fans. But finding his place among acting giants Connie and Shona Ferguson, Themba Ndaba and Thembsie Matu was daunting at first.

"I was uncomfortable and self-conscious for the longest time. I mean I grew up watching these people while at school and now I'm working with them. It's been a journey of growth, and above all I'm learning.

"I may be on a big show but I still have to work my way up. My focus is on continuously improving my craft and that's not a destination but a continuous goal."

He is so serious about acting that he attends one-on-one classes with actress Patricia Boyer.

This week he also featured in Ring of Lies, also on Mzansi Magic as Fumani Nthebe a rural boy who comes to Johannesburg to pursue modelling - a storyline that resonates with his own real life tale.

Chuene believes Molaba has the winning formula: "Thabang's willingness to learn will make him successful. He is passionate and doesn't have a big head.

"He wants to be in the game because of his brilliant acting. I see such a big difference and growth, you can see that he's investing in his craft and art and that's admirable."

Molaba, 23, comes from Harrismith in Free State, a son of teachers Richard and Lisbeth Molaba. He is a logistics graduate from Tshwane University of Technology .

It wasn't until he was 17 - when he watched Shakespeare's Othello while visiting Hilton College in KwaZulu-Natal - that he fell in love with acting. His parents had insisted on education first.

With his chiseled features that have earned him admiring stares and comparisons to US supermodel Tyson Beckford, it's not surprising that Molaba carved a name for himself as a model with campaigns for Edgars, Wimpy and 5FM.

Not that it was smooth sailing, Molaba says there was rejection and challenges. His current modelling agency, Ice Models, rejected him for two years and before that he went to only one casting with the agency he was with. There were lots of broken promises and dishonoured payments by clients too. 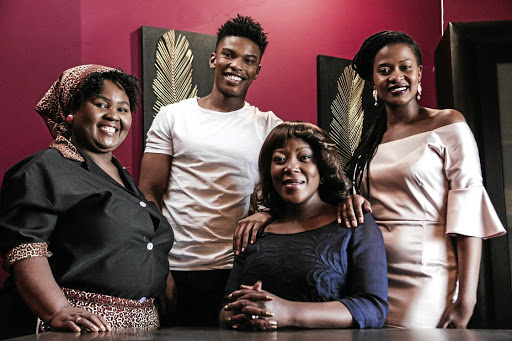 But being rooted in spirituality helped Molaba to keep his cool and focus.

He says spirituality teaches one about life. "I never have bad days because of my mindset. The spiritual journey helps to limit the mental suffering that comes with being human. Your mindset causes you to suffer as you overthink things and make your problems bigger than they really."

He says he watched You Tube videos to learn how to align energy towards desires. Not bad for a boy who was bullied for having crooked teeth and wearing glasses and suffered from a low self-esteem in high school.