Head in the stars, but Didintle Khunou still grounded 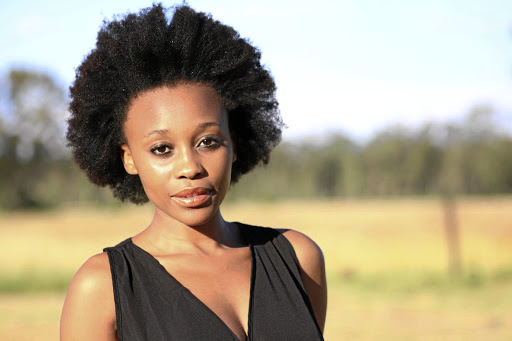 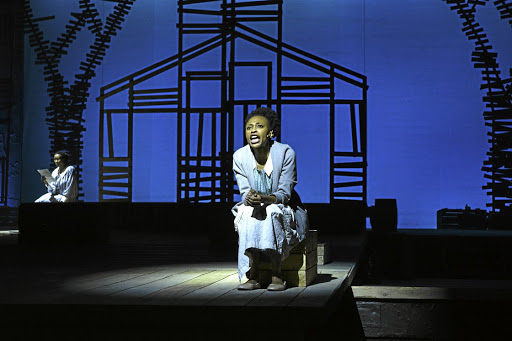 Didintle Khunou wows audiences night after night in her portrayal of Celie in The Color Purple musical, currently on at the Joburg Theatre.

If it's not her intense portrayal of the abused young woman, then it's the vocal notes Khunou, 25, hits with great ease.

She remembers how she staged the coup to win over the casting team of the musical.

"I went to a second-hand shop in Melville for a dress to resemble the character best.

"I had seen the movie and worried that I didn't look like Whoopi Goldberg with my light complexion and I gave the audition my all and after call-backs, I got the role," she says.

This is the first time the play is staged outside the US and UK, and this makes it all the more sweeter for Khunou, who enjoys rave reviews every night.

To master the demanding role, Khunou says rest is key. "I need to rest more. Singing a heavily vocal and emotional story requires an actor to take care of herself. I eat well and healthier and take care of my body by exercising."

Khunou, who was born and raised in Matlosana, North West, says she loves nature and always escapes to it to recharge.

"I'm not Christian, but I pray in nature and I find refuge in nature," she says.

Her parents, a general practitioner and a medical technologist turned businesswoman, run the popular Kwa-Mothakga Lodge in Klerksdorp.

While rehearsals ran for a month, Khunou says she worked in advance with her acting coach doing foundational research on the life of black American women in the early 20th century.

With South Africa in the throes of widespread abuse of girls and women, Khunou believes the musical resonates.

"We have heard of the attacks on young girls all over the country who have been kidnapped, raped, burnt and their bodies tossed to the side.

"Even in relationships and homes, some are being abused by their lover, father or uncle. It's a narrative close to us. Alice Walker wrote it in the 1980s based in the 1930s but we can relate because of the consequences of apartheid, colonialism and slavery. Even whites and Indians can relate because the idea of abuse doesn't see colour."

Khunou went to the prestigious St Conrad's College in Klerksdorp and wanted to study town planning. She knew that her destiny was the stage after she performed in her first play when she was 15.

But she is not dewy-eyed about the industry.

"This industry is fickle and as women with new faces, we go through a hard time being harassed with that casting couch.

"It's a jungle I have to navigate," she says.

Connie Ferguson cuts her hair in honor of David Phetoe

Veteran actress, Connie Ferguson, cut her hair in honor of  late Generations actor David Phetoe, who  died of prostate cancer at the age of 85. "The ...
Pic of The Day
3 years ago

Zizipho Buti: 'There's talent in Cape Town and it's time to represent'

Open up the industry has seen a steady increase in new faces emerge‚ but Nkululeko actress Zizipho Buti says it hasn’t been an open door for Cape ...
Lifestyle
3 years ago

Veteran actress Thembsie Matu is without a doubt one of the funniest personalities in Mzansi and the star has finally decided to face her fears.
Entertainment
3 years ago
Next Article