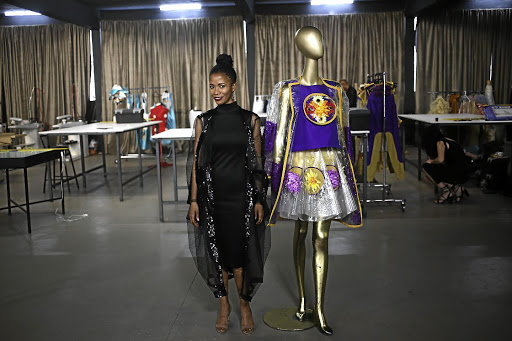 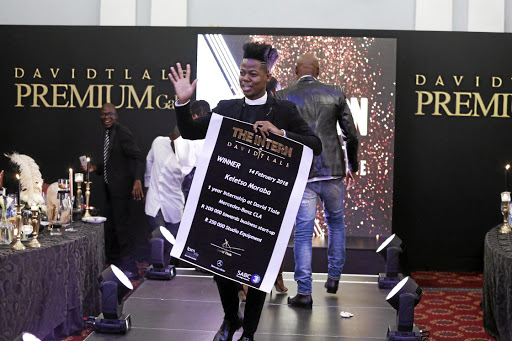 David Tlale has dethroned Kuena Moshoeshoe, the winner of his The Intern by David Tlale reality show.

Tlale announced to his select guests that efforts to reach a settlement with Moshoeshoe amounted to nought and, as such, they are revoking the prizes she won last year.

Since her victory on the SABC3 show, Moshoeshoe has been locked in a bitter war of words with Tlale over the handing over of the prizes.

The 29-year-old fashion design graduate and Lesotho-born designer told TshisaLIVE: "He [Tlale] is not making sense. His conditions are unreasonable but I can't discuss this right now. I am done waiting for anything from him; if he wants to keep them he can keep them, not to treat me like a piece of s***. I'm really done," she said.

Her prizes included a new Mercedes-Benz CLA, R200000 in cash, a studio with equipment to the value of R250000 and a chance to be an assistant designer to Tlale for one year.

Tlale was quoted as saying that Moshoeshoe didn't have a work permit. "I couldn't give her awards because we don't have a contract in place and she also needs to finalise her work permit in South Africa, then we'll take it from there."

On Wednesday night at his exclusive Premium Gala held at the Rand Club in Johannesburg, Tlale crowned runner-up Keletso Moraba of Burgersfort, Limpopo, as the new winner of The Intern.

"After careful consideration and intervention from the SABC and my office to try and reach out to Miss Kuena Moshoeshoe to come and accept the employment contract, which she refused to sign... and she also wanted things her way, sadly not in this world, we officially revoke all the prizes from the winner.

"We have gone through the SABC, the production company and the sponsors and decided to revoke the prizes because she has breached over 12 clauses in the contract and as a brand we have the right to act against her. We also consulted our lawyers."

He said they exhausted all avenues to talk to Moshoeshoe with no luck and that attracted a lot of unwelcome press and social media attention. They have now handed the over R1-million prize package to Moraba who was taken by surprise as he was congratulated by his family on stage. "I feel great, I didn't expect it at all, I didn't know anything and I didn't even know my parents were coming. Winning means a lot and being loyal pays." Tlale said Moshoeshoe could have handled the matter better.

"I don't feel sorry for Kuena for her using social media to fight instead of sorting things through proper channels."

SABC3 publicity manager Zandile Nkonyeni said they supported the new winner because Moshoeshoe did not sign a contract with Tlale.

Moshoeshoe declined to comment. "I appreciate you reaching out to hear my side of the story but I am currently in a position where I cannot respond to you. If the status quo changes I will get back to you."

Tlale's Premium Gala was staged as a fundraiser towards the construction of a state-of-the-art fashion museum in Gauteng. He said they needed R50-million for the project, so far he has raised R500000.

"I see it, I believe it and it's gonna happen with your help from tonight going forward," he told the guests who included Limpopo MEC for sport, arts and culture Onicca Moloi and Lebo M of Lion King fame. Ringo Madlingozi as well as Idols SA finalist Obakeng Ramaboa performed.