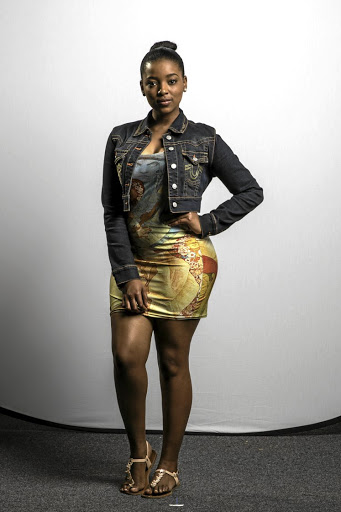 The 22-year-old believes the big role came when she was ready for it. "After graduating last year, I did not expect to get such a big role. I take it as a blessing that I did not have to sit for too long
before getting this break.

"It came at the right time because I have been praying and I think God has answered."

In Guilty, she plays the role of Dimpho, a troubled teenager who falls in love with a blesser.

"Dimpho comes from a troubled background with her mother who uses alcohol to deal with her demons. This has made her absent in her life. Before her father died, they had a close relationship. This pushes her to look for a
father figure in this blesser guy."

Moropa believes the story will be educational to both young girls and parents about the importance of being present in a child's life.

The talented actor is excited that she has landed another role in an upcoming telenovela on a new channel that will be launched soon.

Moropa, who studied drama at Varsity College, is pleased about her progress because her parents never approved of her becoming an actor. "The hard work paid off because I passed my qualification with a distinction.

"My parents thought acting was a hobby and that I needed something to fall back on."

Zizipho Buti: 'There's talent in Cape Town and it's time to represent'

Open up the industry has seen a steady increase in new faces emerge‚ but Nkululeko actress Zizipho Buti says it hasn’t been an open door for Cape ...
Lifestyle
3 years ago

Veteran actress Thembsie Matu is without a doubt one of the funniest personalities in Mzansi and the star has finally decided to face her fears.
Entertainment
3 years ago

Role on Ikhaya a major coup for petite Amanda

Connie Chiume on Rhythm City exit: I didn’t expect it

Black Panther actress Connie Chiume says she was surprised when she was told her popular Rhythm City character Mamokete was being cut.
Entertainment
3 years ago
Next Article