A collision of love and prejudice 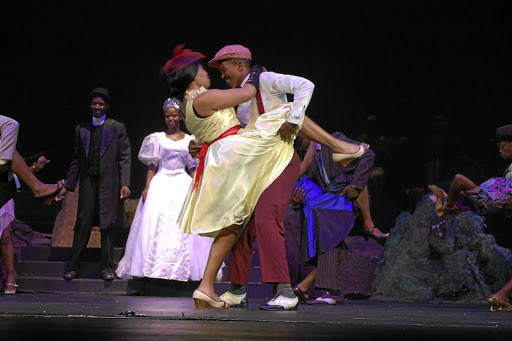 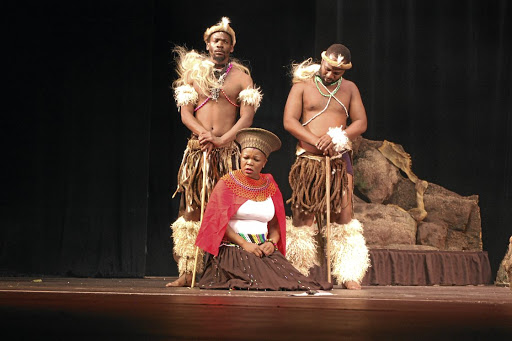 Written and directed by Bogosi Bolokwe, the play celebrates love and different cultures. It runs from February 1-4.

Recently, the musical that features 32 artists had a season at the State Theatre in Pretoria and Pacofs in Bloemfontein.

After the Soweto Theatre season, the musical is going to Mmabana in Mahikeng before heading to Reunion Islands in the Indian Ocean.

According to Bolokwe, Umshado is a story of a young man's physical and mental journey from his rural roots to the sprawling shantytown of Mamelodi, east of Pretoria.

"It is a story of a Tswana man and a Zulu woman. They fall in love and get married. The story follows the two on their journeys as the man who comes from Bakgatla clan graduates from the initiation before he starts the lobola negotiations.

"The highlight of the story is how the Zulu family have difficulty in accepting a Tswana son-in-law, but in the end they come to understand each other."

Bolokwe says Umshado is partly his personal experience. He fell in love with a Zulu woman while working with Mbongeni Ngema on Sarafina!.

When the family of the woman discovered he was Tswana, they did not accept him.

"They referred to me as isilwane [animal]. Leleti Khumalo used to fight for me all the time."

The narrative of the show follows the man through his journey of music and dance and learning other heritages and cultures.

Bolokwe was born in Tlhabane near Rustenburg 52 years ago and has been assisted by musical director Eddie Mathiba and choreographer Thulani Sibisi to bring the show to life.

A product of the Gibson Kente School of Acting in Dube, Soweto, he has worked with a number of respected directors and musicians both locally and internationally.

Bolokwe also worked as a lighting designer for Ghana Music Awards, London's Mobo awards and also did Miss Malaika. Internationally, he has worked with the likes of Joe Cocker, Elton John, Tracy Chapman and Brian Adams.