Zamo is tackling the Jozi music industry head on 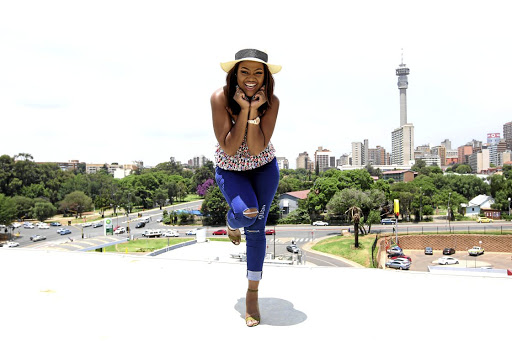 It's hard to keep up with Zamo Dlamini. She dabbles her fingers in so many pies you'd wonder when she rests.

When she is not belting gospel tunes with Joyous Celebration, she is giving the singers a face beat as a make-up artist. As if that wasn't enough, she is also an actress in the upcoming SABC1 drama Ingozi, where she plays the role of Thandeka, a taxi driver. She also does voice-overs on YoTV for the character Mvubu.

But this afternoon, however, we are meeting to talk about her burgeoning music career.

Her hot single Tinyembeti - a break-up song in which an independent woman chucks out her good-for-nothing leech boyfriend - bears so much promise for her, judging by how it has been received by radio and fans alike.

Music lovers will hear more from Dlamini, 29, when her full album drops in March.

Vocalist teams up with kwaito king.
Entertainment
3 years ago

She came through the ranks of theatre, having worked with greats such as Mbongeni Ngema - who encouraged her to sing - eventually ending up leading the iconic Stimela Sase Zola song. Through that work she met legends such as Salif Keita, Hugh Masekela and Thandiswa Mazwai.

She is now part of a wave of Swazi singers who include Sands of Tigi Tigi fame and Afrotraction (from Mpumalanga) who are not only making the language en vogue, but their success has also spurred on Swatis to believe they can conquer the cut-throat music industry in Johannesburg. The sassy lass from Manzini in Swaziland says music has always been a part of her life. She started singing in her primary school choir and hosted concerts in the block of flats she grew up in.

She recorded her first demo at 15 and at 19 did tracks with prominent DJs in Mpumalanga, such as Sdunkero and Madumane.

"But that didn't stop me from discovering myself. I went back to the drawing board to understand what people wanted so that I can give them what they wanted."

Eight years later, armed with spunk and chutzpah, she is giving the music business another bash and is confident of her game plan.