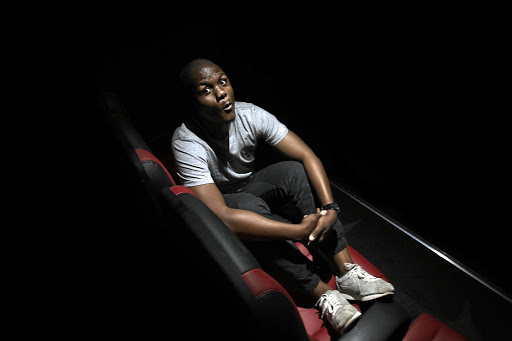 After keeping the nation on its feet with his smash hit Akanamali, Samthing Soweto is catching his breath.

The 29-year-old, whose real name is Samkelo Mdolomba, is imposing with his tall frame, while his friendly baby face coupled with his soft- spoken nature and sincerity make him immediately affable.

I soon realise that he keeps a cool head and is unaffected by all the buzz of late.

Akanamali by Sun-El Musician featuring Samthing fuelled many a party night over the festive season. It was pervasive, almost like it was played on a loop wherever you went, instantly catapulting him to the heights of fame any musician would wish for.

"I panic half of the time I feel like this is fleeting, like I got it by mistake and it would be taken from me at any time. I feel like it's someone else's life, a borrowed life," he tells me.

After meeting and working with Sun-El, and waiting for the song for more than six months, Samthing had even forgotten about it.

"I gave him the bassline, the verse, bridge and chorus. It was something different as he tried to figure out how the song would go. But also taking time is always best."

And the results are there for all to see.

He shares that Akanamali is actually inspired by the Shakespearean tragedy of Romeo and Juliet.

"It's about this couple that falls in love... The friends tell her 'akanamali', he is broke. They are against this hook up.

"In my experience, it's super hard to find love without money. As a singer and songwriter I'm constantly observing experiences and money is a huge factor these days, not that it hasn't always been. But it hits us earlier; by 25 you're expected to have an amazing career, a car and a house."

Remaining rooted in his life before the fame has kept him humble.

"I still stay at home in Soweto with my mother. My situation hasn't changed much except that I have more coins this time around. But I have remained the same with people I started with."

Samthing's story is a lesson in patience. He quit the
acapella group The Soil just as they hit the big time.

He was one of the creatives behind the group's compositions.

For a while he was caught up in the maelstrom of life, hoping to chart his solo career, but came up short each time, until the miracle of Akanamali. He even spent time behind bars for armed robbery.

"You put in your 10000 hours of work and practice and rehearsals but at the end of the day luck plays a bigger factor. There are many amazing singers and writers who will not enjoy a privilege like this.

"It took me years working in the dark, far from attention and affection, and to come to the light now is a great pleasure.

"Music is not a need, and what humbles me is people who will still take their hard-earned cash to support me."

He holds his former band mates in high regard.

"The success of The Soil was my success too. It comforted me in bad times. I stressed about it but I was happy for them, and disappointed in myself."

He survived on royalties from Joy, the song he wrote that was used in the Cadbury commercial, for four years.

"I'm not employable I believe in what's right and that clouds my judgement as I constantly look to do the right thing," he admits.

"I suffer from low self- esteem in general. I had to fight against it, especially when my daughter was born. I asked myself what kind of an example I would set for my child as a shy father."

I ask him what his former band mates would say about him. "They'll probably say that I'm a great songwriter, a good singer and hopefully remember that I'm a great visionary too. On the negative side they'd say I'm hard-headed and stubborn.

"I just want to be known as the best to ever do it."