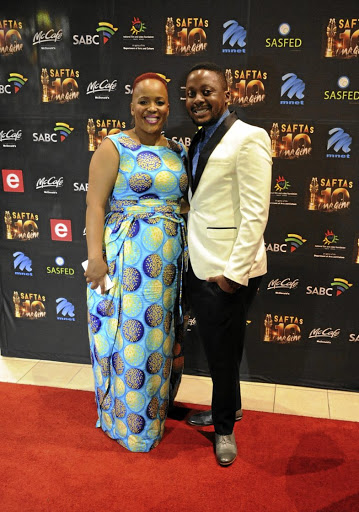 The driver of a car involved in an accident with Tumi Morake's family has accused the comedian of going to ground and leaving them frustrated.

The former host of Our Perfect Wedding and her family were involved in a head-on collision on the R556 on December 29 on their way to Sun City resort, North West.

Morake posted on social media at the time that she was keeping in touch with everyone involved and that occupants of both cars, including her three children, were on the mend.

However, the driver of the other vehicle, 27-year-old Nthabiseng Popela from Tshwane, alleges that Morake had never been in touch with her or her fellow travellers.

"After the accident, they did not appear very hurt because they were driving a big car. She [Tumi] didn't even come to check on us or say anything to us at the scene or in the ambulance," Popela said.

"I don't know if she was shocked or what, but she really didn't show any concern for us.

"Even when we got to the hospital she didn't talk to us. She, unlike some of us, could walk and she appeared okay because she kept chatting and laughing with her kids."

Tumi and her family were traveling on the R556 outside of Rustenberg when the collision occurred.
News
4 years ago

Popela accused Morake of downplaying the extent of the injuries suffered by the occupants of her car which included her two aunts, her aunt's cousin and a family friend.

Popela has trashed Morake's social media claims that she was in contact with them.

"She has never spoken to me or seen me. The only person who called me is her husband. I spoke to him last week Monday and he said he will get back to me in regards to my car.

"He has not done that even today. I just wait around without my car and I have to hear from him."

Popela suffered minor injuries but the other women's injuries included a fractured leg, a broken hand and a broken arm.

Tumi Morake and her family were involved in a head-on collision on the R556 outside of Rustenberg in the North-West Province.
Entertainment
4 years ago

One of her aunts, who declined to be named due to fear of victimisation, suffered eight broken ribs and was admitted to the intensive care unit for three days.

She was discharged from the Mediclinic in Rustenburg on Sunday.

"I am currently on leave. I am in so much pain and I don't even know what to do. I am recovering, but I wish they [the Morakes] could at least call me directly to check on me after what had happened."

When called for comment, Morake told Sowetan to call her husband who was driving her sponsored Jaguar SUV at the time of the crash.

"I am not dealing with that. They will have to call him [Mpho Osei-Tutu]," she said before abruptly ending the call.

Osei-Tutu was not immediately available for comment and his publicity company, Artist Connection, requested an e-mail, but did not reply by the time of going to print.

Morake made headlines after the crash when she received a backlash from social media users who made comments that karma was dealing with the actress for making an alleged racist statement on her radio show on Jacaranda FM late last year.

She was on the receiving end of numerous racial slurs at the time from predominately white listeners of the show who petitioned the station to have her removed from her breakfast show with Martin Bester.

This after she compared apartheid to a "bully taking a child's bicycle, and then the child being made to share the bicycle".

But the Broadcasting Complaints Commission of South Africa on November 21 dismissed the complaints that her remarks constitute hate speech.

Comedian and Jacaranda FM radio personality Tumi Morake remains “unapologetic” and stands firm on comments she made‚ after a discussion about Steve ...
Shwashwi
4 years ago
Next Article