The not-so-obvious additional costs and charges associated with pawning and payday loans can result in you paying a lot more for borrowing against your own goods. 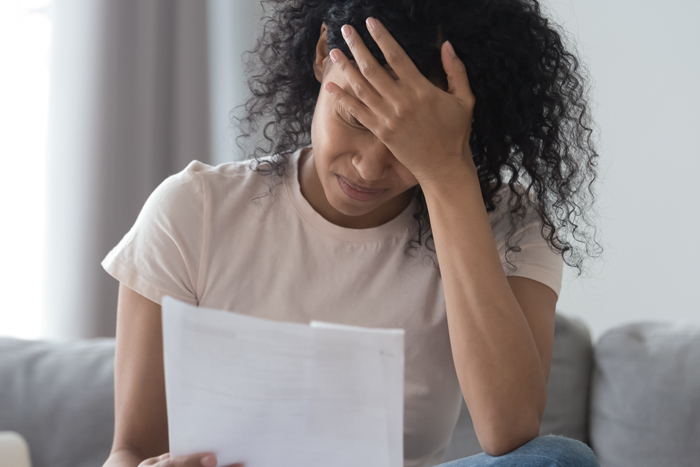 It’s 07:00am on payday and Mabel Mahlangu’s * account is already running on empty. After paying off some expenses and debt, she barely has enough to make it through the week.

She has been in a debt spiral for the last 18 months after losing her full-time job, working part-time to make ends meet. What’s worse, family and friends are no longer extending any loans to her, worried she may be mis-using the funds given to her.

She anxiously scrolls through her contacts to see where she could possibly get a little boost and her niece is the one who gets the “need cash, please call me” text this month.

Mahlangu, like millions of credit active South Africans identified in TransUnion’s latest industry report, is struggling to make ends meet, let alone keep up with her debt obligations. Despite this, she is often forced to take on more credit to cover her expenses and needs.

With her irregular income and high debt levels, she can no longer get loans from traditional lenders such as banks. Instead, she turns to pawn shops that offer cash advances and payday loans for which her credit record is not too much of a factor.

“Above board pawn shops such as Cash Converters and Cash Crusaders offer secured loans to people using personal items such as cellphones, jewelry and laptops as collateral,” says Lucille Sikosana, a business development manager at Old Mutual Investment Group.

Although a pawn transaction is not a credit agreement, it is covered by the National Credit Act, with the creditor limited to lending up to R8,000, even if the value of the pawned property is more than the amount lent. The loan is paid back over between one and six months and the consumer can’t be charged more than 5% a month in interest.

Mahlangu discovered the hard way that not-so-obvious additional costs and charges result in her paying a lot more than she bargained for to borrow against her own goods.

Cash Converters charged her an initiation fee of R165, excluding 15% VAT per credit agreement plus 10% of the amount in excess of R1,000 advanced, with interest charged at 5% per month on the first loan and 3% per month on subsequent loans within the year.

A monthly service fee of R60, excluding 15% VAT was also charged in the first month of the loan. This meant Mahlangu found herself having to repay just over R1,800 on a R1,000 cash advance against her laptop.

If she can’t pay the debt once the cash advance matures, she has the option of paying the interest to avoid losing her valuables. However, more interest is charged the longer you leave your valuables with the pawn shop.

What she thought was her saviour - pawn dealers not carrying out affordability assessments for cash advances - soon became her curse, and as she found a big chunk of her income going towards repaying ballooning debt she soon turned to payday loans to supplement her income to cover her debt obligations.

Poor financial knowledge to make smart financial decisions, are at the heart of the problem.

“Payday loans are short-term unsecured loans and therefore the creditor must carry out an affordability assessment. With a payday loan, the capital and interest is payable on your next pay day,” Sikosana says.

Although these forms of credit are becoming increasingly popular among cash-strapped South Africans, debt counselling firm DebtBusters warns it could lead to a cycle of debt if not managed correctly.

Ronelle Kind, the general manager of member engagement solutions at Momentum agrees. “You are really risking your credit record, which can cause banks to reject any future loan applications you make and set you up for harassment from debt collectors.”

Alexander Forbes financial planner Jaco Prinsloo suggests you that instead of taking on more debt, try to find more work to open up additional income streams to cover the gaps in your salary or current income.

“Also consider downgrading your lifestyle if possible. As consumers earn higher income, their expenditure on non-essential items increases at the cost of saving,” Kind says.

She says poor financial knowledge to make smart financial decisions, are at the heart of the problem.

Setting financial goals and creating a monthly budget that you are able to stick to should help you resist expensive short-term debt, Kind advises.

No easy way out of debt review, even if your fortunes change

Not even a high court has the power to release you early from debt review merely because you are no longer overindebted.
Business
2 years ago

Why it’s so important to keep a healthy credit record

Every transaction you make that involves borrowing money from an institution is kept on record.
Business
2 years ago

15 things you need to know about debt relief

If you’re expecting to have your debts written off now that the debt relief bill has been signed into law, don’t.
Business
2 years ago
Next Article