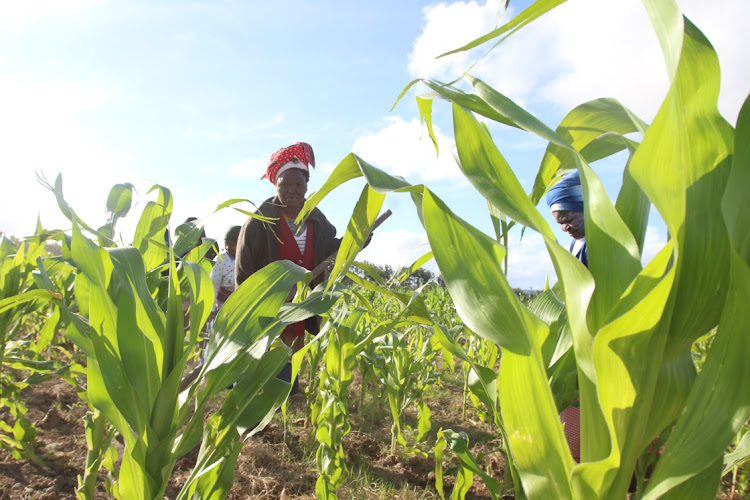 The forecast is 2% higher than the CEC's April forecast of 16.095 million tonnes.
Image: MICHAEL PINYANA

Maize farmers are expected to harvest 7% more of the staple crop during the 2020/2021 season compared with the previous season, as yields are boosted by favourable weather, a Reuters survey showed on Monday.

SA's Crop Estimates Committee (CEC) is expected to forecast the 2020/2021 maize crop at 16.413 million tonnes, up from the 15.300 million tonnes harvested last season, the average estimate of five traders and analysts showed.

The forecast is 2% higher than the CEC's April forecast of 16.095 million tonnes.

With harvesting already taking place in some parts of the country, analysts are hopeful the 2020/2021 season will see very high yields.

"Our observations and feedback from farmers on the ground remain encouraging that we could have the second-largest maize crop on record in the 2020/2021 production season," said Agricultural Business Chamber chief economist Wandile Sihlobo.

The CEC will release its fourth production forecast for 2021 summer crops on May 27.

Many indigenous crops are under-utilised, writes Charles Wambebe, professor extraordinaire at the Tshwane University of Technology.
Good Life
1 year ago

Paulus Mashiloane (53) left his engineering job five years ago to follow his dream of becoming a farmer.
SebenzaLIVE
1 year ago
Next Article