Zimbabwe expects maize output to more than triple this year 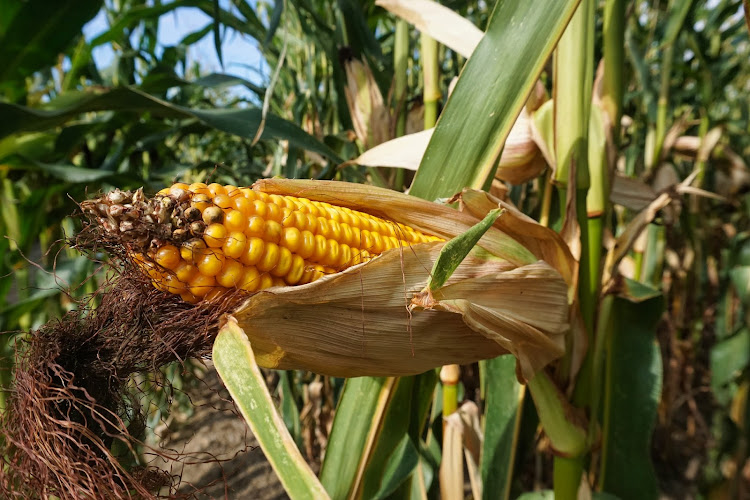 HARARE - Zimbabwe expects to harvest up to 2.8 million tonnes of the maize this year, three times 2020 output thanks to higher than usual rainfall, official data showed on Wednesday.

The southern African nation endured devastating droughts in the past two years, which cut maize harvest to 900,000 tonnes in 2020, half its annual requirements.

But better rainfall, which has also boosted the country's dam capacity, will enable farmers to reap more this year, the ministry of information said in a post-cabinet statement.

"For planning purposes an estimated national production of 2.5 to 2.8 million metric tonnes of maize ... has been based on the promising bumper harvest in 2021," the statement said.

Higher maize output would be good news for President Emmerson Mnangagwa's government, which has projected that the economy is set to rebound after last year's recession brought on by the COVID-19 pandemic and drought.

Farmers were expected to deliver 1.8 million tonnes of their maize to the state-owned grains company, which has the monopoly to buy maize in Zimbabwe.

The government has set a producer price of 32,000 Zimbabwe dollars ($381) per tonne for white maize, higher than the South African May white maize futures contract, which closed at R3,151 on Tuesday, in an effort to encourage more farmers to grow maize.

Maize meal is being produced locally in the Nongoma district in an attempt to grow the area’s economy and put food on tables.
SebenzaLIVE
11 months ago

A group of elderly farmers from three Limpopo local municipalities are learning new practical farming skills, thanks to the Farmer Field School ...
SebenzaLIVE
11 months ago
Next Article