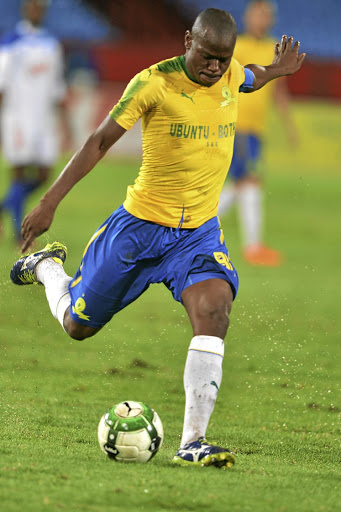 Cape Town City midfield general and former Player of the Season Teko Modise has been given the task to announce the 2017/18 PSL-Absa Premiership Awards nominees at the league's Joburg head office tomorrow.

The actual awards ceremony will be staged on May 29.

PSL media liaison officer Lux September said Modise would give an "insight on the nominees and also his views on the recently ended season".

And voting for the Goal of the Season, marred by controversy last season, opened on Friday and closes on Friday.

It was argued that Masuluke's goal was out of this world and even more special as it was scored by a shot-stopper, an argument later justified by nomination for Fifa awards.

Masuluke at the end lost out to megastar Cristiano Ronaldo in the race for the Fifa Puskas Goal of the Year award.

This time around in the PSL, the battle for the best goal looks to be between Orlando Pirates' Zambian striker Justin Shonga and league champions Mamelodi Sundowns skipper Hlompho Kekana's goals.

And a solo effort by Shonga saw the Bucs forward shake off the Chippa United defence on the right side of the box to find the net.

September said the nominees come from all the goals that have won the Goal of the Month award from August 2017 to May 2018.

"It will only be the second time since the inception of the Absa Premiership that football supporters and the general public vote for the Goal of the Season," said September.

The Premier Soccer League (PSL) awards will be heldon Tuesday‚ May 29 at the Sandton Convention Centre‚ the league has announced.
Sport
3 years ago

Kaizer Chiefs have cancelled their traditional end-of-the-season awards after another poor premiership season.
Sport
3 years ago
Next Article