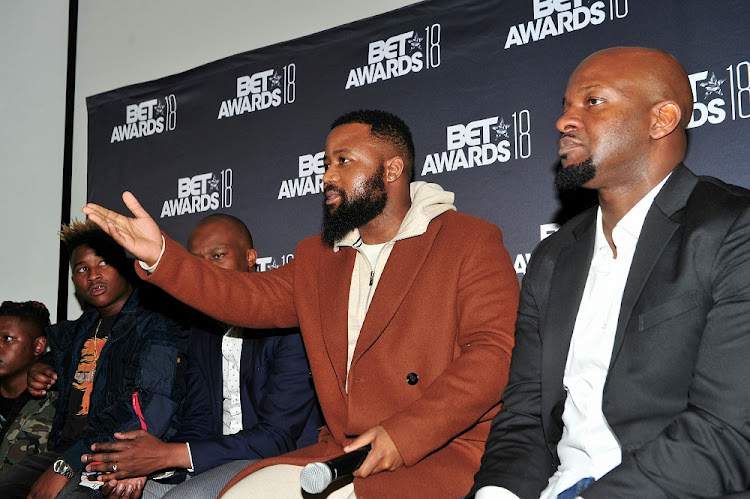 Last night at The Capital Moloko hotel, in Sandton, Cassper and Omunye hit-makers Distruction Boyz were honoured for scoring a nomination at the 2018 BET Awards.

While asked during the press conference why he has boycotted local awards, but takes part in international ones, Cassper took an opportunity in a lengthy rant to once again lurch at the Samas by calling them ‘trash’.

“How credible are the Samas? These are the kind of conversations we need to have. Why are some categories voted for by the people? I have so many questions, like when I was nominated for my first Sama, I wasn’t nominated for Record of the Year with Doc Shebeleza, and my question was why they had to cut from 20 people to 10 the year we were nominated?,” he opened.

“These are questions that haven’t been answered. For me it was like I can’t submit at the Samas every year when I don’t understand certain things and you have questions and no one has ever answered us.

“In terms of the BET Awards they offer me a bigger market and I’m trying to grow. The Samas is trash though.”

“The views expressed by Cassper are that of Cassper Nyovest and not BET.”

For the first time the Best International Award will be presented on-stage during the live broadcast of the awards taking place on 28 June in Los Angeles.

“The inclusion of the award in the main show signals the influence of international artists globally,” Okosi said.

Comedian's album nominated for a Sama gong.
Entertainment
3 years ago

It was a star-studded affair last night at the South African Music Awards (Samas) nomination party.
Lifestyle
3 years ago
Next Article