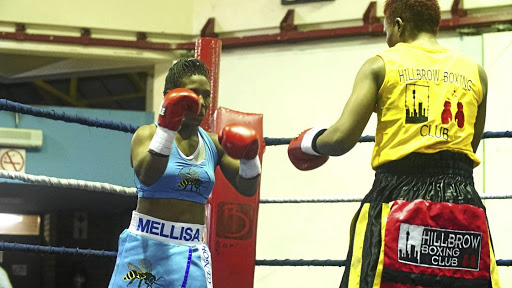 One of the most tired sporting cliches is the one about the irresistible force meeting the immovable object.

But that is precisely how many observers at the Sandton Convention Centre labelled the clash between Melissa "Honey Bee" Miller against Thema Zuma when the two boxers met for the vacant South African bantamweight title on Friday night.

Their 10-rounder, the best bout of the evening, formed part of the hyped up Arnold Classic Africa tournament, which did not live up to its midweek build-up exposure.

Miller, from Eldorado Park, proved to be both the irresistible and immovable object in her successful bid to become a champion.

The 32-year-old, pint-sized boxer, who carved her niche by becoming the first woman boxer from that area to win the Prospect of the Year award in 2016, had failed to win a title in her five previous attempts.

But Miller, who is now trained in Orlando by Lucky Ramagole, gave her all and her patience, hard work and determination to succeed paid off. She was crowned via a unanimous points decision.

At the beginning of the fifth round, Zuma, from KwaZulu-Natal, who took a pounding earlier on, fought back, but Miller regained her momentum as the battle progressed.

With her superb physical and mental preparedness, Zuma never gave up and took the fight straight to her foe.

In the final round, Miller upped her tempo, raining punches from all angles and improved to three wins against eight losses while Zuma tasted defeat after four wins.

In the main bout, Sibusiso "Spook" Zingange outsmarted Prince "Fresh" Ndlovu for the better part of their 12 rounder to win the ABU International junior lightweight title.

Ill-disciplined Prince Dlomo missed the opportunity to win the vacant WBF Inter-continental junior lightweight title after forcing Gabriel Imalwa from Namibia to turn his back after the visiting boxer had gotten up from a knockdown in the sixth round.