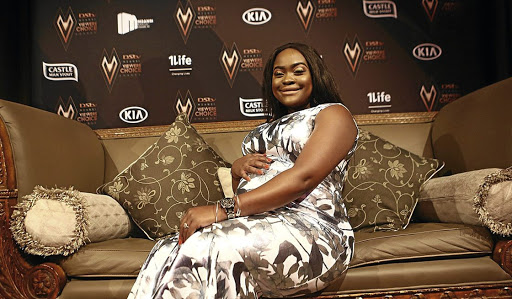 Former Our Perfect Wedding presenter Kayise Ngqula is entangled in a bitter dispute with her brother-in-law and two of her late husband's baby mamas over his assets.

So intense was the dispute that Ngqula filed an application for a protection order against her late husband's brother Tawanda Sibanda at the Randburg magistrate's court claiming that he was harassing her and was also a danger to her life.

This drama comes after the family took a decision that assets belonging to their late son Farai Sibanda, who died in a car accident in June, be distributed among his three children, two of whom were sired from his two previous relationships.

Among other decisions by the family was that Tawanda should continue staying with Ngqula at their rented house in Northriding, north of Joburg.

According to two family members and the baby mamas, the TV presenter allegedly refused to honour the family's wishes and instead opted to keep all the assets for herself.

She has also been accused of chucking Tawanda out of the house.

The assets that the parties were fighting over included furniture, clothes and two cars - a Ford Icon and a Mercedez Benz E350, which was involved in the accident that killed Sibanda.

It is also claimed that Ngqula had changed all the locks to their home two weeks after the burial to block her husband's brother from accessing the property.

They said it was after this incident that Ngqula decided to file for a protection order claiming that Tawanda was harassing her.

Tawanda confirmed that Ngqula filed for a protection order against him but said he had been advised by his lawyer not to speak to the media.

"My lawyer advised me that you will speak to me after the 5th September," he said.

These details were also confirmed by the two baby mamas who claimed that the former OPW presenter was rude to them when they enquired about the assets that were to be shared among all the kids.

"She is refusing to release the single beds, a TV and some of the furniture the family said she must give to our kids. She wants everything for herself," said one of the baby mamas, who cannot be named for legal reasons.

Another baby mama accused the presenter of throwing her son's clothes out of the house through a window when she had asked Tawanda to collect them from the house.

While snapshots of a heavily pregnant and glowing beauty Kayise Ngqula posing nude for a magazine cover broke the internet yesterday, Sowetan can ...
Entertainment
3 years ago

Sunday World has seen an SMS conversation between Ngqula and the baby mama, dated July 23, in which the woman was asking Ngqula about her son's tablet, minion set and track pants.

In her response, Ngqula wrote: "I can assure you that there are no clothing items that belong to him here. No need to tell me what was bought for him by my husband. I know. The attitude is unnecessary. The iPad I had made a commitment that he will get, so I'll arrange ..."

In another SMS, Ngqula told the baby mama that she must never contact her again and if there was anything she needed from her, she should liaise with an intermediary.

Ngqula referred us to her publicist, Salu Ncala, who confirmed that her client had filed for a protection order against her brother-in-law.

Ncala did not, however, respond to questions about the distribution of the assets and other allegations levelled against Ngqula.