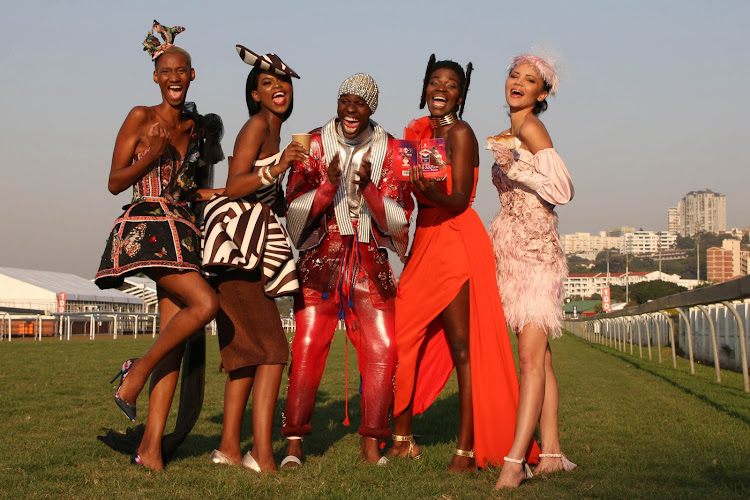 The Vodacom Durban July, to take place this weekend, faces the threat of a 'shutdown' by trade union Apsa.
Image: Supplied

Despite reassurances from organisers that SA's most prestigious horse race, the Vodacom Durban July will, go ahead as planned, trade union Academic and Professional Staff Association (Apsa) has threatened to protest at and "shut down" the event.

Why are they protesting?

The trade union accused Phumelela Gaming, which it says controls the event, of retrenching about 500 workers.

Apsa's spokesperson BB Senokoane told TimesLIVE that despite claims that the event would go ahead without a hitch, it was left with no option but to declare that the Durban July will not take place this year should the company continue with the retrenchments.

Senokoane said no members of the union will be working on the day of the event, adding that they have "enough muscles" to strike.

The trade union that represents Betting World and Tab employees is refusing to bow down to Phumelela’s demands.
News
2 years ago

He said no one would have access to the event, including those who had already paid.

Animal rights activists could join in

Protesters from the union could be joined by a group of animal rights activists who will gather outside Durban's Greyville Racecourse on Saturday morning to protest against the country's biggest horse racing event.

However, Ban Animal Trading SA said the protest is not aimed at bringing the 123rd Vodacom Durban July to a halt, but to raise peaceful awareness about the "horrific" realities of the horse racing and betting industry in SA.

Gold Circle Racing and Gaming say the event will go ahead

In a statement released this week, Gold Circle Racing and Gaming said that it was the licensed operator of horse racing in the province, not Phumelela Gaming and Leisure.

It reassured race-goers that "the Vodacom Durban July race meeting ... is not under threat as erroneously reported on some national news services".

"The threatened strike action is against Phumelela Gaming and Leisure, who are currently undergoing a restructuring of their business that affects their employees."

Phumelela Gaming spokesperson Danie Toerien called any threats of a strike "fake news" and said the company had met with Apsa officials this week and are working towards a resolution.

"After yesterday's (Tuesday) meeting, Phumelela decided to amend its offer to betting division staff. This revised offer has been submitted to Apsa officials and Phumelela is now awaiting a response," said Toerien.