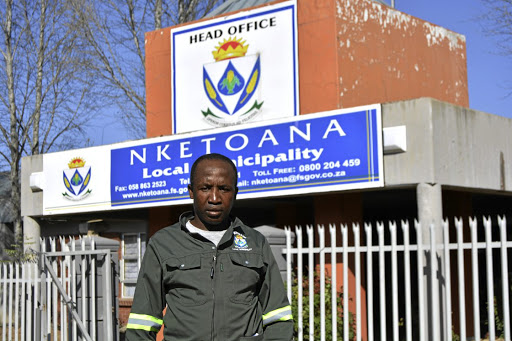 An ANC-run municipality in the Free State has been accused by one of its own employees of misusing council money to benefit the governing party.

The small Nketoana local municipality in northeastern Free State is facing a legal headache after general worker Mangaliso Hlongwane opened a case of fraud against it for allegedly misusingtaxpayers' money.

Hlongwane claims the municipality drained more than R8,000 from its Spar account to buy groceries for an ANC election campaign at Lindley ahead of the May 8 polls.

A grocery receipt seen by Sunday World shows that the municipality's account was used to buy viennas, burgers, bacon, fruit juice, cokes and other groceries worth R8,043.98 for the "sub region 107 manifesto". The list of 160 items included three packets of Sta Soft, 2kg Surf washing powder and 750ml Domestos.

Police spokesperson Puleng Lebakeng confirmed that a case of theft and fraud was opened at Reitz police station. "I can confirm that a fraud case has been registered and no arrests yet [sic]. Investigation still in process," said Lebakeng.

In a police statement seen by Sunday World, Hlongwane said the municipality's account was never supposed to be used to buy food for the ANC .

"On Thursday at about 4.42pm the Nketoana municipality private account at Spar was wrongfully used for certain individuals [or] political party [concerned] [ANC] for sub region 107 manifesto launch," reads the statement.

Hlongwane pleaded with the police to investigate the matter. He said his quest for a clean government led him to notice that something was wrong when he came across the grocery receipt. "A political party cannot use municipal accounts for its own benefits; it's just groceries, they should have been able to afford that.

"I don't understand how this even got past the municipal manager. I mean it's not even his signature on the slip. It clearly shows that these people were granted enough permission that they even signed it themselves. I have faced many challenges in this municipality but for the love I have for it I work proudly and corrupt-free," he said.