Eskom to go ahead with municipal disconnections next week 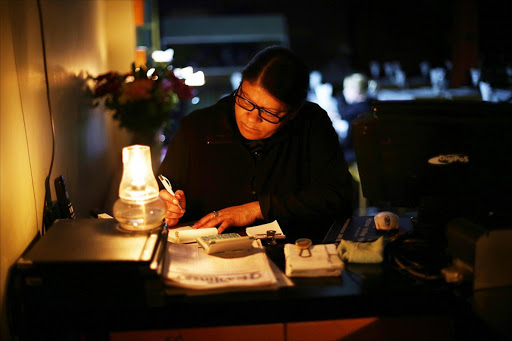 Eskom says it will go ahead with planned interruptions in the electricity supply to 22 municipalities next week unless payments are made and agreed arrangements are concluded on arrear debt balances.

Six of the municipalities are in the Free State‚ seven in North West‚ six in Mpumalanga (including the province’s capital‚ Mbombela)‚ two in the Northern Cape and one in the Eastern Cape.

“Eskom is in a uniquely invidious position‚ locked between a deteriorating financial position and running afoul of the [Public Finance Management Act] PFMA. Relevant laws and standards compel us to collect overdue debt and failure to comply has dire consequences for the entity‚” explained Eskom interim chief executive Matshela Koko.

He said that while this remained an agonising decision for Eskom‚ it took solace in the fact that the electricity parastatal had “spared no effort to collect amicably”.

“Eskom inter alia embarked on an extended Promotion of Administrative Justice Act 3 of 2000 (PAJA) process‚ engaged all relevant and affected stakeholders‚ including the Department of Cooperative Governance and Traditional Affairs (COGTA) and National Treasury‚ entered into multiple payment plans and offered the suppression of future interest‚ as an incentive.

“In spite of the fact that both the provisions of the Electricity Regulation Act 4 of 2006 and supply agreements (with the municipalities) empower Eskom to disconnect electricity completely‚ Eskom has opted for a softer approach of interrupting electricity between 06h00 – 08h00 and 17h00 – 19h30(Monday to Friday) and 08h30 – 11h00 and 15h00 – 17h30(Saturday and Sunday)‚” Koko said.

“Municipalities contribute almost 42% of Eskom’s total sales and almost 41% of Eskom’s revenue annually — non-payment of accounts has a significant impact on Eskom’s cashflow. If Eskom cannot collect its debt‚ it essentially spells the death knell of Eskom‚ which will have a devastating impact on the country’s economy‚” Koko added.

He said Eskom’s decision had also been confirmed by the North Gauteng High Court when it had dismissed AfriForum’s application against the scheduled interruptions.

Making his ruling‚ Judge Hans Fabricius emphasised that it was necessary to appreciate the context in which Eskom operated in the national economy‚ seen against the background of its Constitutional rights and obligations. The Court also emphasised that the duties of municipalities to honour their obligations to Eskom were important in the present context.

“We still hope that the impacted municipalities will honour their outstanding debt in the interest of the residents and businesses in the impacted areas‚” Koko said.

The municipalities that will be affected are: