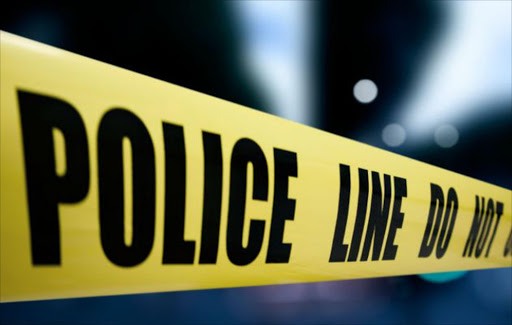 The state will seek to prove that a senior Limpopo civil servant whose partially burnt body was found dumped near a stadium was lured to his death by his girlfriend together with her illegal immigrant Nigerian lover.

The Polokwane magistrate's court this week heard how Marks Rambau, a deputy director in the department of transport, was entangled in a love triangle involving his girlfriend Khomotso Comfort Mankuru, 25, and her lover Clement Orobosa Imazobi, 27.

Imazobi and Mankuru are facing a charge of Rambau's murder on January 12, housebreaking, robbery and defeating the ends of justice.

Mukwevho was found in possession of the deceased's cellphone. They were both released on bail of R5,000 and R10,000 this week.

Advocate Mashudu Mudau for the state said they will seek to establish whether Mankuru and Imazobi had in fact not purposely invited Rambau over with the sole aim of murdering him. Mankuru, in an affidavit read by her lawyer Oupa Kgafane, denied having committed the crime.

"I did not murder Marks Rambau," she said in her submission. She said she had helped to dispose of his body and steal his goods under duress as Imazobi had threatened to kill her.

But Mudau, who is opposing bail for the two, dismissed this, saying Mankuru was an active participant in the crimes.

Magistrate Janine Ungerer is expected to deliver judgment on the bail application of Mankuru and Imazobi on Monday.

A Limpopo pastor and another man appeared in a local magistrate's court on Friday for allegedly trying to burn the man of the cloth's love rival.
News
3 years ago

Mankuru revealed that she had been involved in romantic relationships with both Rambau and Imazobi. According to the accused the two men had not known she was two-timing them.

Mankuru, who had been suspended from her part-time job as a waitress at the popular Cubana lounge in Polokwane, had regularly used Imazobi's phone to communicate with Rambau. She said she deleted her chats with Rambau to hide them from Imazobi.

Mankuru said on the night of the murder she received a text message from Rambau asking to see her.

She invited him over to Imazobi's rented residence in Flora Park, a middle-class suburb in Polokwane. She said Imazobi often returned home around 2am, noting Rambau sat on the bed while she finished cooked.

However, things went awry when Imazobi returned before his usual time.

The pair then loaded the body into his VW Polo and dumped at the stadium.

They drove to Rambau's residence in Ivy Park, where they stole goods including Rambau's car.