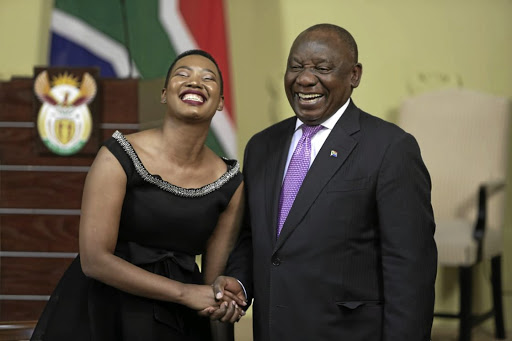 Stella Ndabeni-Abrahams is sworn in as communications minister at the Union Buildings.
Image: ALAISTER RUSSELL

Following the election of President Cyril Ramaphosa a year ago, the hopes of many South Africans were revived as we were saved from another term of hell from the Zuptas.

It is common knowledge that when the ANC president was elected, many in the corner of former president Jacob Zuma were uncomfortable and unhappy.

Ramaphosa has played his cards close to his chest over the past few months and elected young leaders in key positions.

If the wave of success that carried women to elected office last year flows into this year, female politicians across all political parties will rise through the ranks like never before after the elections.

The national elections are due to take place in May and with the conclusion of list conferences this past week, there might be a rise in the number of women who will be deployed in both national and provincial legislatures.

In the ANC, the country will have to look out for newly appointed minister of communications Stella Ndabeni-Abrahams, from Sakhela village in Mthatha, Eastern Cape.

In 2009, she was elected as an MP and was a member of the ANC Youth League in the days of Julius Malema, Fikile Mbalula and Ronald Lamola.

At just 34, Ndabeni-Abrahams became the youngest deputy minister in Zuma's presidency back in 2011. Now at age 41, she has a mammoth task of handling the ministry of telecommunications and postal services.

Lamola, the former deputy president of the ANCYL under Malema and now ANC national executive and national working committee member, is another politician to keep an eye on next year. 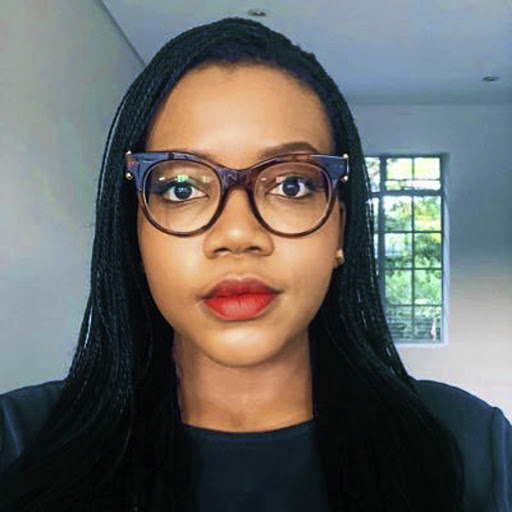 He has been placed at the forefront of the land debate by the ANC, a move widely seen as a counterpunch to young leaders of opposition parties the DA and EFF.

With the adoption of the land expropriation without compensation report earlier this month, the land debate will be used by the ANC and the EFF to attract more votes in the build-up to the elections.

Although the DA and other smaller parties have expressed their dissatisfaction on the land issue, the main opposition party has its own young leaders who have a promising future ahead of them.

Gwen Ngwenya, 28, the DA's newest MP, is currently the party's head of policy.

Having grown up in Durban and been the University of Cape Town's SRC president in 2011, Ngwenya has a promising future in politics.

The parliamentary monitoring group (PMG) found that only 23 MPs fall under the category of under 35 and younger. Eighteen of them are in the National Assembly and five in the National Council of Provinces. Thirteen of the younger MPs are female and 10 are male, according to PMG.

The DA's Hlomela Bucwa, 25, made headlines last year after being sworn in as the youngest MP, taking over from Yusuf Cassim. She further made headlines after she delivered her maiden parliamentary speech on the government's failure to improve the lives of young South Africans.

Bucwa, a former SRC president at the Nelson Mandela Metropolitan University in 2015, will certainly shake up parliament. She has the potential to be a future party leader. 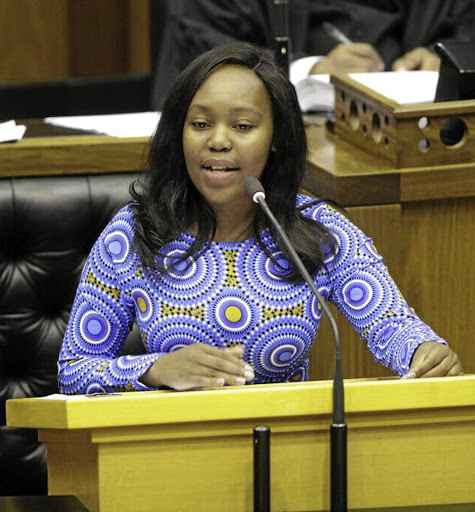 Although the EFF has been embroiled in controversy of late, its national spokesperson Mbuyiseni Ndlozi also has the potential to rise within the red berets. With party president Malema and his deputy Floyd Shivambu deemed to be the engines of the EFF, Ndlozi has been considered to be the political brains of the party. He is arguably one the best future leaders of the party.

The IFP's national spokesperson and MP, Mkhuleko Hlengwa, is also a bright mind who may be its leader in the near future.

Hlengwa has proven that he has leadership qualities as he is the current chairperson of the party's youth brigade and serves on at least two portfolio committees. Hlengwa is known to be a vibrant and energetic young man, who never minces his words in the National Assembly.

Ramaphosa's recent appointment of Shamila Batohi as the new National Director of Public Prosecutions is another indication that the country is heading in the right direction.