Siyabonga Shibe on raising his son: I took him with me to Durban 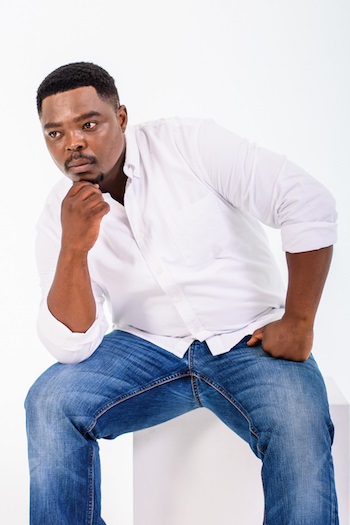 When Siyabonga Shibe got his role in Uzalo‚ he had to up and leave his home in Johannesburg‚ taking his young son with him.

Siya‚ who plays the role of Qhabanga on Uzalo‚ sat down with TshisaLIVE recently and couldn't stop gushing over his little boy.

"I have a four-year-old. I live with him in Durban. He is my biggest fan."

He said that it was difficult raising his son and making sure he was looked after‚ but said it was also the biggest blessing in his life.

"Fatherhood is great‚ it is amazing to watch them grow in front of you. Not many dads are with their kids‚ so for me it is a blessing. I moved with him. It was difficult to move with him because he needed to adjust to a new environment."

But the little man has adjusted and now apparently even pretends at school to be his father's popular TV character.

"He knows when Uzalo is on TV and when he is playing with other kids at creche‚ he always wants to be Qhabanga. When they want to be Qhabanga he tells them that Qhabanga is his dad."

The former Zbondiwe and Gaz'lam actor said he was grateful to live with his son while he plays on one of the country's biggest soapie.

"My time at Uzalo has been good for us so far. I am really enjoying it. The role challenges me and it is something that has helped me grow as an actor and a man. I will stay as long as a I can‚ but I also want to venture into filmmaking. I don't believe in retiring‚ at least not anytime soon."

Dawn Thandeka King on being away from family and 'cheating' claims

Living on the other side of the country from her hubby has been difficult for Uzalo star Dawn Thandeka King.
News
3 years ago