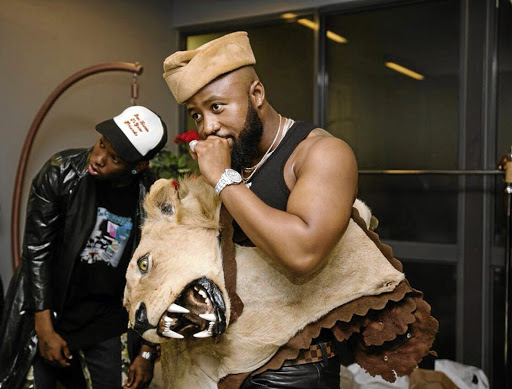 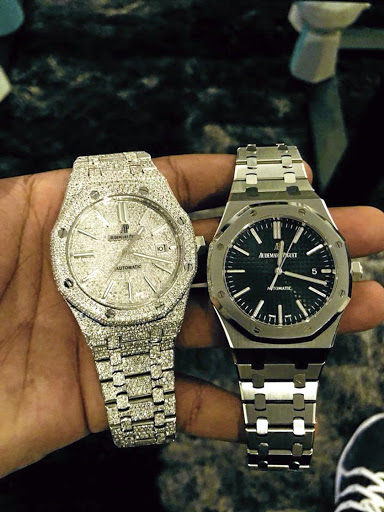 While Cassper Nyovest showed off his new bling this week, including a diamond-crusted Audemars Piguet watch said to be worth about R450000, his stylist claims the star owes him thousands of rands.

Didi Simelane was fuming saying the rapper, real name Refiloe Phoolo, failed to pay him a meagre R60000 for an assortment of services.

Simelane told Sunday World he was tired of protecting as well as begging the "arrogant" muso for his moolah.

He said Cassper had been giving him the run-around since November.

Simelane said he was introduced to Cassper after having styled Riky Rick.

He said he worked with Cassper on his Fill Up FNB concept, as well as in music videos Tito Mboweni and Baby Girl.

Cassper declined to comment on all allegations against him, simply saying "no comment" to all questions put to him.

Simelane said his problems started when he helped the directing and styling for Cassper's Family Tree store shoot.

"He told me he is going through a rough patch," said Simelane.

Sjava and Cassper Nyovest interpreted being African differently at the recent BET awards.
Opinion
2 years ago

Sunday World has seen a series of WhatsApp messages between the two parties as well as the invoice furnished to Cassper.

In one of the messages sent from Cassper's phone, the sender claims they were low on cash.

"Yo. Just got back from Nigeria. Just do you know. Don't think I'm quiet or running I got mad paper I owe and I'm still tryna sort everyone out (sic). Please cut me some slack on the price doe my nigga. Like it's very high," read a message from Cassper's phone sent to Simelane on January 18.

"He expected me to understand. I did as we had become friends. After 90 days he had the same excuses about people owing him and him not having the heat [money].

"But now it's been almost eight months and he goes on social media bragging about his timepieces that cost thousands of rands. What the hell man? He is also said to be performing at the Global Citizen Festival with the Beyonces ... so things are moving forward for him. He is getting paid but I must go hungry," said Simelane.

Cassper posted in December last year that Simelane styled him with a lion costume he wore for the Fill Up FNB event that had the internet ablaze with the rapper's "Mufasa" alter ego.

"I had to travel to Durban to source that lion head that made him look so good. I also had to stitch the fabric and do lots of work on it. I paid for my own flights, accommodation, Uber and food, trusting that he will reimburse me," he said.

The stylist said he had lost all hope after his lawyer could not trace Cassper to serve him with legal documents.

"The summons was returned as they learnt that the Kyalami property said to be Cassper's address was now occupied by another tenant," he said.

Cassper talks about the sacrifices of those big money deals

While the rest of us were warmly tucked in bed on Thursday night‚ Cass spent most of the night shooting an advert for a client.
Lifestyle
2 years ago
Next Article