Lunga Shabalala survived on noodles before blowing cash on booze 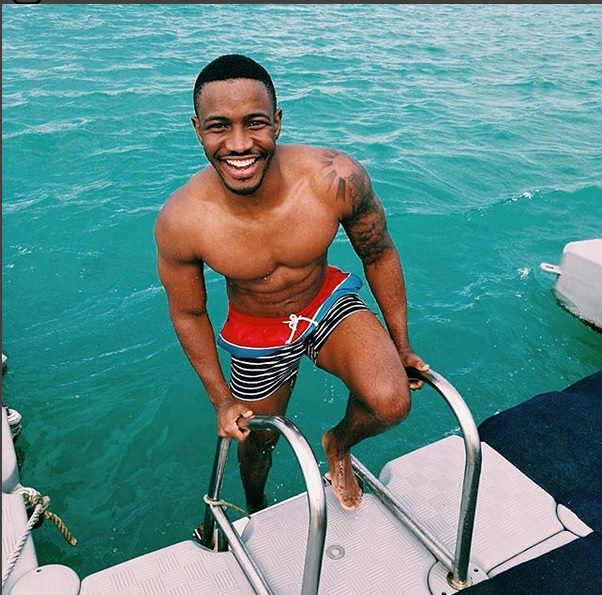 Television hunk Lunga Shabalala has gone from surviving on a packet of two-minute noodles a day to blowing as much as R13000 a night on booze, entertaining friends.

Shabalala, 29, has experienced the good, the bad and the ugly side of show business. When he told his dad he wanted to become a TV presenter, he told him to pack his things and leave his house since he didn't want a "proper job".

"I had just finished my diploma in town planning and property development at Maritzburg College. But I wasn't interested in that career," he said.

"When I got here I squatted with a friend for about two weeks before things started taking shape. I got cast in a Coca-Cola TV advert," he said.

He then moved out of his friend's place and got himself a bachelor flat in Westdene, west Joburg. Because he had only one gig to depend on, he started starving. "I would go through a day without proper food. I survived on two-minute noodles."

Even though his parents were a phone call away, Shabalala said his pride wouldn't allow him to call them for help because he didn't want to hear them say "we told you so".

In between odd modelling jobs, his luck changed when a giant retailer roped him in for its television campaigns, which meant a stable income.

"I started making a decent living because I had clinched a long-term contract. I became self-conscious when I took taxis because people saw me on TV."

Lehasa Moloi opts for financial freedom instead of TV roles

Actor snubs acting gigs to focus on his business.
Lifestyle
4 years ago

Shabalala was having a good first year in Joburg because not long after the TV advert gig, he bagged the Selimathunzi job.

"Not everyone was happy about my progress though. Two bloggers wrote that I had slept my way into Selimathunzi. Easy come, easy go, they wrote.

"They also said I was gay but that didn't bother me because I knew who I was and if I was gay, I would be open about it because there's nothing wrong in being gay," he said.

With fame came people who masqueraded as friends, and because he was cash-flush he didn't mind spending on them.

"One night I spent more than R13000 and it wasn't the first time because I was living a party lifestyle. One day I decided to take stock of my spending habits." He said his late friend Akhumzi Jezile taught him how to be frugal with his money because he, too, was not a big spender. "I'm financially savvy now and I'm investing and saving my money with a primary goal to focus on property."

After six years on Selimathunzi, he called it quits last year and is now starring in 1Magic's hit telenovela The River alongside some of the country's top talent.

He is currently single after burning his fingers in his past relationships, including with singer K Naomi.

"I loved her because she had the courage to tell me when I was going off the rails. I didn't treat her the way she deserved. I let fame go to my head."