Lehasa Moloi opts for financial freedom instead of TV roles 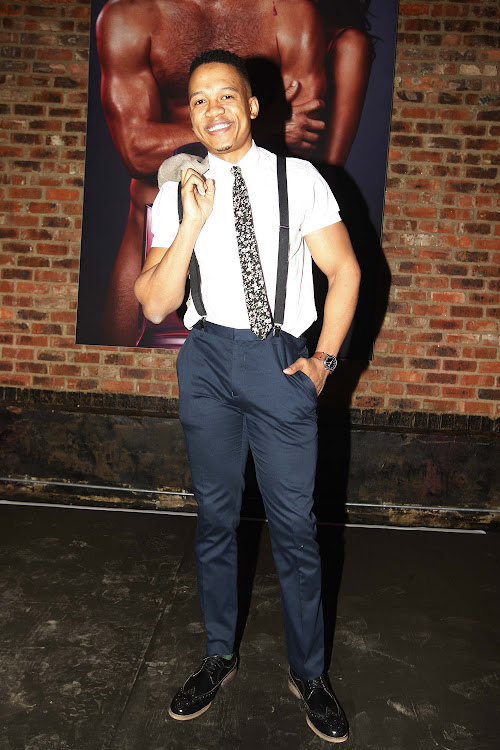 Just this past week, the former Rockville actor, who was down and out in 2011, declined a prominent role on Isidingo.

It's not the first time the star actor has passed up an opportunity of a lifetime - he said he was offered a role in Mzansi's biggest soapie, Generations: The Legacy, in 2014, but declined.

Lehasa, 31, said his reasons for declining the Isidingo role was because he was taking a hiatus from the small screen to focus on becoming a property mogul.

"I read a book by Robert Kiyosaki called Rich Dad, and amongst other things it introduced me to the concept of financial freedom.

"From then I got really serious about my businesses and property, with the aim of being financially free," he said.

He said entrepreneurship and property investment and development have always been his core interests.

"Initially, together with investors, I'll be buying and refurbishing residential property with the aim of leasing it out and selling it," he said.

Lehasa broke his acting virginity in 2009 when he was cast in Spud: The Movie as PJ Luthuli. He then joined Muvhango. However, things started falling apart soon afterwards as jobs dried up.

He had first-hand experience of the harsh realities of the entertainment industry as he struggled to get a job, leaving him broke and depressed. Things got so bad that he went back to his mother's house.

"I went to 150 auditions in 2011 and I didn't even get one callback. It was disheartening to always return empty-handed. I was forced to return home.

"I went through a lot of depression because I felt like I couldn't make decisions with my life and move forward while my peers, who had degrees, were moving forward in their respective careers. I started to regret the decisions I had made," he said.

Lehasa said he started regretting not having continued with his studies through tertiary education.

"Every time I went to see clients I felt regret and layers of shame, I felt like a failure, because they'd be like, 'aren't you that guy from TV?' but I had to find a way to step beyond that.

"My parents divorced when I was young but they were both very present in my life until my father passed away in July last year after a short illness," he said.

His fortunes changed for the better in 2013 when he got a six-month contract on e.tv to present a music show called Mgongo.

After that, he became a brand ambassador for Joop!, a fragrance brand, and then got the Rockville gig where he played Oupa Mabaso for four seasons.

Gold Diggers, where he starred as Zakes Moloi, and Broken Vows, where he played Lebo, soon followed as his star continued to rise again. Since he experienced first-hand what being broke feels like, he vowed never to go through the same experience again.

"I'm a bread winner, so I have multiple income streams. My wife and I have an online clothing store that specialises in gym and casual wear," he said.

He advised young actors to come into the industry already doing something else and not to depend on acting alone to earn a living.