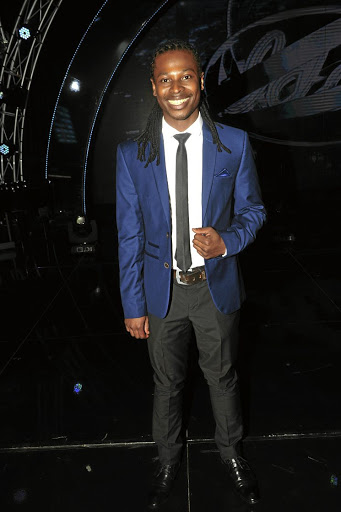 While millions were celebrating the Easter weekend festivities, former Idols SA contestant and recording artist Tebogo Louw was dealing with a family tragedy.

Louw, who competed three times in the music talent show and made the Top 10 in 2016, was reeling from the shock after his 36-year-old brother, Mawande, was killed during a mob justice attack at the star's home in Stellenbosch, Western Cape, on Easter Sunday.

Police spokeswoman Wynita Kleinsmith confirmed that Mawande was beaten to death while his friend remained in a critical condition in hospital.

Kleinsmith said no arrests have been made.

Louw said his brother and friends were accused of stealing a plasma TV and a laptop.

"They were beaten badly. This was a mob justice situation that got out of hand. I got a call from my mother's friend on Sunday afternoon informing me that he was being beaten up and that I should come immediately. But obviously I couldn't because I live in Pretoria and they are based in Stellenbosch," he said.

'Idols' twins turn back on 'sex pastor' in court

Louw said he managed to speak to his mother only on Monday morning and that was when he received the sad news.

"This is a big blow for my family because my mother is not taking this well at all. She couldn't even go and identify my brother's body. My aunt went instead. I have to be strong for my mother," he said.

Louw said he wanted his family to share in his success as a musician.

"I just wanted my family to enjoy my musical journey because it has been the hardest for me. We didn't need this."

However, having tried his luck on Idols SA three times without success, "I released my first album in November last year and it's titled Ageless. I gave it that name because it doesn't have an age restriction. It's for everyone," he said.

The Idols star also has two girlfriends to console him after his brother's death.

"I have been with my first girlfriend Kayla for three years before I met Bongi at an event in Melville in July last year."

He said the important thing was that he was honest with both of them and that they both accept his plans to become a polygamist.

"I arrange to meet them because they live in two different provinces. Kayla stays in the Western Cape while Bongi lives in the Eastern Cape. I'm willing to marry both of them."