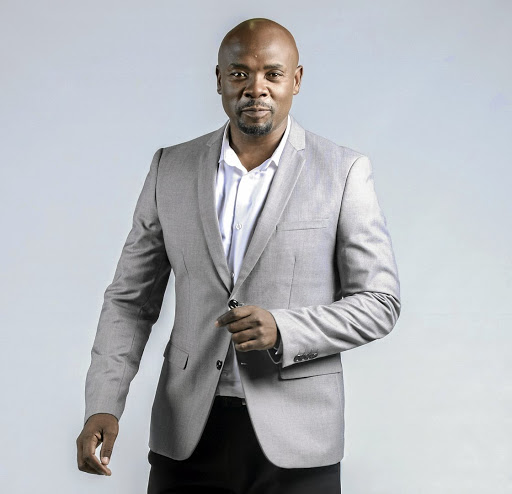 Beautiful but devastating to watch, powerful and poignant, a great lesson in reconciliation, healing and peace. That's the overall consensus after the show premiered on Mzansi Magic.

The 13-part docu-series follows the intense journey of prisoners seeking forgiveness from victims or families of victims they have wronged. Trained Correctional Services facilitators and social workers are involved throughout the mediation.

"The idea was triggered by the amount of violence and the anger we have been experiencing in this country.

"All the episodes are very emotional and touching. You know, the crime you might think is small ... the impact on the victim is something else."

Yobe is the brainchild of the 48-year-old Umlazi-born megastar, who hosts and
narrates the show strictly in isiZulu. It is a labour of love that Thwala has been working on for the past four years.

According to a report by our sister publication TshisaLIVE, budding writer Fikile Shabalala has accused Mzansi Magic of "stealing" the concept of the show from him. The channel has strongly denied this.

"We dispute any claims that the idea for Yobe was copied from any individual," M-Net's head of local entertainment Nondumiso Mabece said.

The show features Thwala like you have never seen him before - suave and smooth, as always, but at the same time hovering between fearless, vulnerable and deeply empathetic.

"With acting, it's different because you play with characters. With presenting, you are just being yourself completely and just telling the story. You don't have to use your technique of storytelling. I find presenting easy," he says.

Throughout his illustrious 22-year acting career, Thwala has done it all, from the small screen to the big screen and on stage. In recent years, his name has been synonymous with playing patriarch Mpiyakhe Zungu on Isibaya - a role that earned him a Golden Horn at the 2014 South African Film and Television Awards.

Some of his other memorable roles include nuanced portrayals in productions like Generations, Muvhango, Scandal!, Rhythm City, Intersexions and The Suitcase. He finds it hard to pick a favourite.

"I take every story and character as I read it on paper. I absorb that, get to understand the character I'm playing and I have fun with it. It has been a great journey. I'm more of a theatre actor than a TV or movie actor," he shares.

"My greatest lesson has been to listen. A great actor is a great listener. It has been a learning experience for me and I have been blessed to have worked with the greatest directors in the industry."

Although it seems like Thwala has done it all, he insists he is just getting started. He points out that as a storyteller there are so many local narratives that have not been told.

He plans to explore that as the next chapter in his life.

"In South Africa, we haven't started telling our own stories. All these years we have been trying to look like other nations," he observes.

Thwala is a very private person. When our conversation turns to his life at home, he
exercises a lot of caution.

"I know most people think that I'm this serious actor. I'm not that actor. I believe in my craft.

"I believe people should know me for what I do, not my personal life," he says.

"I'm not even on social media and I don't even know which button to press. I'm very private. I'm doing that to protect my family."

However, Thwala is married and the proud father of five. His eldest child is 25 and the youngest is nine.

"At home I'm a father and I'm a really good teacher to my kids. I try to empower them and make them aware that the world we live in needs to be respected. We have to work hard."