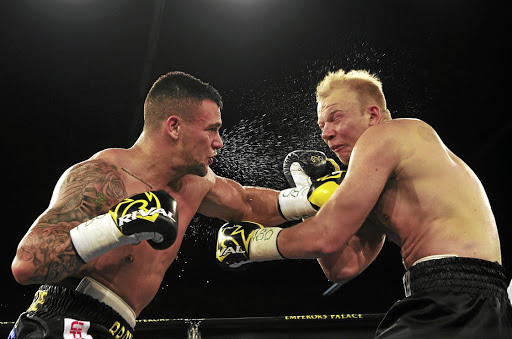 Lerena showed patience rather than chasing an early night as he boxed brilliantly behind his right hand jab.

Kucher came into the fight looking for a knockout but it was not to be. He has knocked out 18 of his 23 victims - against two losses and a draw.

Lerena has 20 wins with nine stoppages.

"Kevin is a great student of the game," said Smith.

"His growth has become remarkable. He always listens and he does what he is advised in the corner to do. That makes him a great listener, and he is such a pleasure to work with. He is slowly getting there."

Lerena said: "I am getting better and better each fight. Kucher is tough and a very good fighter. But I think I was too smart for him. I almost put him away. I boxed smartly and overcame a cut early in the fight. Gratitude to my team and all the guys who gave me sparring because I was really prepared for war."

Promoter Rodney Berman says Lerena will be a major force in the cruiserweight division where he is rated No.6 by the WBC, ninth by the WBA and fourth by the IBF.

"We are not rushing it. I'm not looking for the top three or four guys. I want to keep him busy and build his confidence," said Berman whose Golden Gloves promotion staged the fight last weekend.