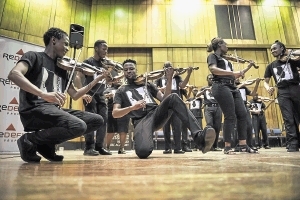 Buskaid, born out of the tiniest corner of Soweto, has taken the world by storm.

The Diepkloof-based classical string ensemble has travelled the world 26 times to huge international acclaim in the UK, France, the US, Ireland, the Netherlands, Germany, New Zealand and many other countries.

It is also the only South African orchestra to have played at the BBC Proms and was subsequently named as one of the world's 10 most inspirational orchestras by the UK's Gramophone Magazine.

The Proms is an eight-week summer season of daily orchestral classical music concerts and other events held annually, predominantly in the Royal Albert Hall in central London.

"The Proms, founded in 1895, was an honour and a great privilege to not only attend but to perform at. Many musicians we have met all over the world always tell us how fortunate we are and how they have always wanted to play there," says violin and viola teacher Lesego Mokonoto.

Buskaid is the result of Rosemary Nalden's dream 22 years ago.

The viola player and teacher from England wanted to give children in the townships an opportunity to channel their creative energies by learning and playing classical music. 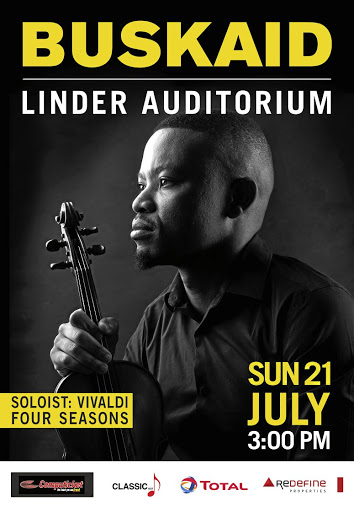 The group has travelled the world 26 times to huge international acclaim in countries like the UK.

Mokonoto says that they currently have 125 students.

"We have kids coming through all the time. The majority are from the surrounding community.

"When students start off they have two group lessons a week. We teach stringed instruments - violins, violas, cellos and double basses. As they progress they join the senior ensemble," she says.

The group also arranges, plays and sings some local music such as kwela, gospel and Afro-pop.

She boasts about Samson Diamond, head of strings at the University of the Free State, Kabelo Mothlomi and Tiisetso Mashishi who have, as a result of Buskaid, gone on to further their music studies in the UK and have become successful soloists.

These three will join the group for their concert, which is a unique mix of classical, classic pop and township music on Sunday at the Linder Auditorium in Joburg.

"Audience members can expect to hear our fantastic soloists playing some well-known, beautiful and difficult solos as in the popular Vivaldi's Four Seasons.

"Even if you do not know much about classical music, you will know some of the music from the seasons. The audience will also hear Zigeunerweisen [Gypsy Airs] featuring young Buskaid virtuoso violinist Mzwandile Twala.

"Towards the end of the concert we will play our own kwela, jazz, gospel and Afro- pop music," says Mokonoto.