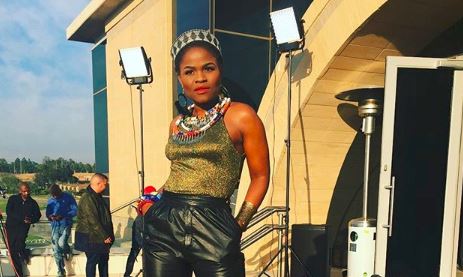 Mpumi said after making it to Joburg to pursue her dream, the journey got harder.
Image: Instagram/Mpumi

Mpumi's powerful vocals made such an impression on Mbongeni Ngema, who took her under his wig and helped her achieve her dream.

Just days before she was to release her December hit Shona Malanga, Mpumi reflected on the tough time after she'd just arrived in the city of gold in pursuit of her dream.

"Back in 2002, there was a time just after matric I didn't have money to go to school and I joined the Mbongeni Ngema Academy of Performing Arts and I remember the struggle it was just to go to town, to the classes. At one point I missed the classes for a month because I didn't have taxi fare."

Mpumi said she would always remember the feeling of someone believing in her whenever she recalled that conversation.

"There was no money and Bab' Mbongeni called me and sat me down. He wanted me down. He wanted me to understand that I was really talented and that I need to push harder to get as much education and knowledge behind my talent to sustain me in my career later. He said I had to make something out of myself and from there, from that conversation I realised that I must have something great in me. It meant a lot for me to know he saw something in me."

After years struggling to get into the music industry, Nompumelelo Mzobe, aka Mpumi, made sure that the half a chance she was presented with counted. ...
Entertainment
4 years ago

Since then Mpumi has gifted Mzansi with hit-after-hit from her debut album The Birth Of Mpumi and many smash singles after that including Buya and Somandla.

Earlier this year Mpumi released an afro-soul song titled Izulu, which was a different approach to music when compared to the usual dance songs she gives her fans.

The songstress said the influences she had when she began went a long way in letting her know what she was comfortable with doing musically.

"I'm always happy to experiment with new sounds, firstly because I love music in its entirely and second because I know that I have the potential to do so many kinds of music. I have been groomed by the very best and I have been supported by people whose advises I truly value."