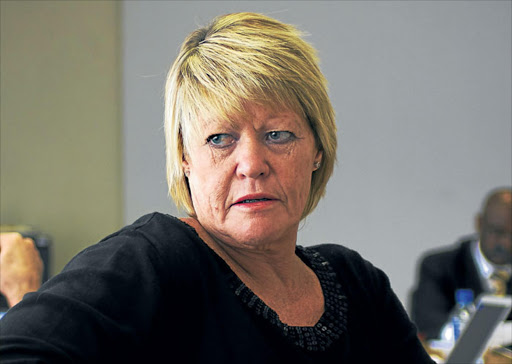 Members of parliament opposed to expropriation of land without compensation have threatened to take the parliamentary process for a legal review‚ challenging the procedure followed by the parliamentary committee dealing with the matter.

Corné Mulder from the Freedom Front Plus said that the like-minded parties were planning a meeting to discuss the finer details of the planned court action.

DA MP Glynnis Breytenbach confirmed the intention to go to court on the basis that the process was procedurally flawed.

“We will take this process on review on a procedural basis. The point is: why have we interacted with the people out there? Because we wanted public participation involved. But what does public participation mean if the committee doesn't deal with those inputs?” said Mulder following a heated meeting on Thursday.

At issue are the 630 609 written submissions sent to parliament when it called on the public to say whether it supported the motion to expropriate land without compensation.

Parliament hired an external service provider to process these submissions‚ but last month turned away representatives of this service provider due to the poor quality of its work. At the time‚ the committee decided that parliament's own staff would have to go through the written submissions and summarise them for MPs.

The committee followed three processes‚ which formed part of its public participation process: it called for written submissions‚ held public hearings across the country‚ and called on interested parties to make oral presentations to parliament.

On Thursday‚ the committee was presented with a draft report of the overall process that has been followed since the motion was adopted by both houses in February. The draft report - the veracity of which is being questioned by the anti-expropriation group - is one step away from the final report‚ which will be presented to the two houses of parliament by November 15‚ the deadline for the committee to submit its recommendations.

MPs whose parties opposed the motion are unhappy‚ claiming that work on the draft report was premature as the committee had not yet considered the written submissions‚ 60% of which are believed to be opposed to expropriation of land without compensation.

Maimane teams up with Venezuelan opposition against ‘populist’ land expropriation

DA leader Mmusi Maimane has teamed up with the leaders of Venezuela opposition party to strengthen his party’s stance against nationalisation and the ...
News
3 years ago

Mulder explained: “We still haven't had a report on written submissions. We had some attempts by some Mickey Mouse consultants‚ which we sent back‚ and we never received anything."

“Nowadays‚ luckily the courts decide and not the majority‚" he added.

From the beginning of the four-hour meeting‚ opposition MPs called on the meeting to first deal with the written submissions.

DA MP Annelie Lotriet warned that it was premature to start work on the draft report before dealing with these submissions.

“We had a presentation by the service provider in terms of the written submissions. The instruction of the committee was that we should receive a new report through parliament on all the written submissions that were dealt with by the service provider. We have not received that‚ and now today we sit with a draft report which we have to engage with - but we haven't concluded our previous processes and what we have decided on‚” said Lotriet.

“This is totally premature. I don't see how we can engage with this draft report if we have not concluded all the other work.”

Breytenbach reminded her colleagues that MPs had unanimously rejected the presentation by the service provider‚ questioning its integrity. “We rejected that report as a committee and we haven't received another report… We have no information on the written submissions‚” she said.

She said when she went on her own to look at the written submissions in a storeroom where they were are kept‚ she couldn't find submissions made by the DA‚ for instance.

“If we are going to meet our constitutional mandate‚ we have to understand what was contained in the written submissions - and you can't understand that from the contents of this [draft] report‚" said Breytenbach.

The pro-expropriation MPs disagreed‚ however.

Led by the United Democratic Movement's Mncedisi Filtane‚ they argued that the DA and others were deliberately delaying process because they were opposed to it.

Filtane said it didn't make sense that MPs complained about the quality of the presentation by the service provider‚ but now wanted a quality report from the same service provider they discredited.

After the chaotic presentation by the service provider six weeks ago‚ committee co-chairperson Lewis Nzimande told MPs they could go to the storeroom and go through the written submissions for their own satisfaction.

On Thursday‚ he tried to assure MPs that the draft report had captured the written submissions‚ as well as the views expressed in public hearings in venues across the country and in the oral hearings held in parliament.

The committee will meet again next Thursday.