Sherlock Holmes has nothing on crack Constable Gafane 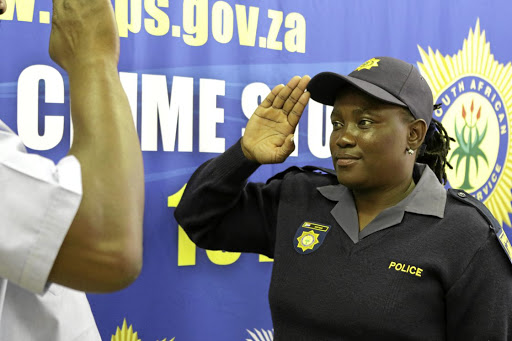 As Women's Month celebrations continue, we look at the stories of some of the most important unsung heroines who dedicate their lives to making South Africa a better country to live in.

Limpopo-based Constable Mokhepho Gafane is one such heroine who has blazed a trail in the police service with an emphatic leadership that serves and protects her community.

The 37-year-old joined the South African Police Service six years ago after she observed the rate of crime in her home village of GaMothapo, near Polokwane.

Gafane was selected as one of the brilliant cops by the Limpopo provincial police commissioner Lieutenant General Nneke Ledwaba to be celebrated for her sterling work this women's month.

Gafane has an impressive track record of finding and locking away dangerous criminals and one day aspires to be our national commissioner.

After serving as a police trainee in 2010, Gafane was deployed to Mankweng police station and later moved to the cluster task team at Marble Hall police station where she cracked a serial killer and rapist case within a week in Groblersdal.

"The suspect lured young women by declaring love to them. He would buy them alcohol and when it was time to go home, take them to the bushes.

"He would tie their arms and legs and put a rope on their necks before he raped them," she said.

Gafane declined to give the details of how she cracks her cases, saying it would expose her methods to criminals. But, she said, hard work, teamwork and dedication was key.

In one of the milestones she achieved, and through her excellent investigative skills, Gafane secured a consolidation of 259 years imprisonment and four life terms handed down to serial rapist David Mamvura by the Limpopo High Court last year.

Mamvura, 27, was also found guilty and sentenced on 31 charges in crimes committed in Polokwane between 2012 and 2014, ranging from rape, attempted murder, housebreaking with intent to rape and robbery with aggravating circumstances.

In another milestone, one of Gafane's suspects, Ernest Malatji, was slapped with a life-term sentence in 2016 by the Limpopo High Court for ritual murder that he committed in 2014 after he raped, killed and mutilated 15-year-old Kgomotso Raolane of Tzaneen.

Spinderella show girls can put the foot down.
Lifestyle
3 years ago

"Working in the male-dominated environment was at first difficult, especially when dealing with dangerous criminals, but I had to adjust quickly because I hate crime," Gafane said.

"Some of the cases were not easy to crack. Emotions were involved because the suspects were men and most of the victims were women but I never gave up," she said.

Her most memorable case was the 2014 serial rape and murder case where a student from University of Venda tormented fellow students and female workers by raping the victims before he killed them.

"I am the one who arrested the suspect. Every time I think of the case and the breakthrough I made, I feel like jumping for joy."

She said there was nothing more fulfilling than knocking off and going home knowing she had contributed in putting criminals where they belong.

"I am happy because my complainants find closure at the end of the day."

It hasn't always been easy and some cases she didn't crack still haunt her.

"There is one murder case that I didn't manage to crack but I have not given up on it; one day I will crack it," she promised.

Gafane is currently investigating a double murder case after the charred remains of a 47-year-old woman from GaMashashane and another unidentified body were found in a burnt double cab bakkie earlier this year.

Outside the uniform, Gafane dismissed suggestions of hobbies and said the other place she dedicates her life to is the church. "I am not a party person; maybe it's because I don't brook no nonsense," she laughed.

Soweto legend keen on reviving tennis in township.
Lifestyle
3 years ago
Next Article