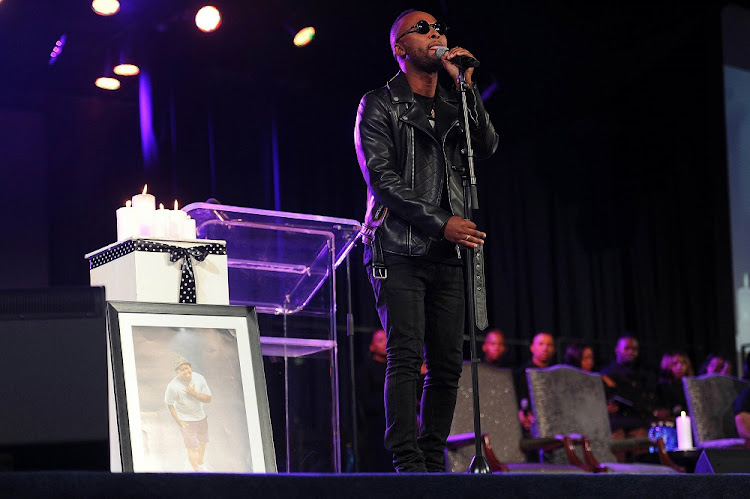 Having set the bar really high with his album Naninina‚ Vusi had to find the fine line between not messing with a winning recipe and giving people something new and exciting for his new album.

Naninina went triple platinum‚ so Vusi knew that he had his work cut out for him but he told TshisaLIVE that he believes he has found the make-or-break ingredient needed to get that near impossible balance‚ honesty.

“Honesty is really the best policy. I think with me‚ people fell in love with the honesty in my songs more than anything. So I told myself‚ even this time around I decided‚ I would just bear my soul. It worked the first time‚ honesty is the best policy and people will clearly see that my emotions are just everywhere."

The musician said the one thing he had to ask himself before he began the process of trying to give his fans an album worthy of their time‚ was whether his story was authentic.

This meant he couldn’t hide his “emotional” state in the songs‚ no matter how vulnerable they left him.

Vivacious muso invites her fans into her world.
Entertainment
3 years ago

“There was no way I was going to do any justice without being honest about my feelings. The fact that one day I can be like‚ ‘yes‚ I am ready for love and to move on and be happy‚’ then the next minute I’ll be there like‚ ‘How could this person‚ my ex‚ do this to me and hurt me like this.' It paints the picture of a person’s unstable emotional being in a relationship. So I’m quite vulnerable‚ not only in my lyrics but my voice as well.”

“This is about me saying‚ I now believe that there is someone out there for me. Me trying to move on. This is me saying‚ I am still hurt but I still believe in love and I am dusting myself off and moving forward."

The multi award-winning singer titled his much anticipated album Manyan’Nyan‚ a phrase used by the Xhosa people to emphasise the ‘for real!’ or the ‘honest truth’.

Vusi has already given people a taste of what to expect on the album with the deeply soulful Ndizakulinda.

Musa Sukwene has gone full circle for love on his third album. The self-titled release drips with love tunes and positive vibrations.
Entertainment
3 years ago

There are other songs to look forward to‚ including massive collaborations with Kelly Khumalo‚ afro-pop artist Ntando‚ his protégés boy band 047 and multi award-winner Zahara.

The album is a sequel of Naninina‚ delving deeper into Vusi’s emotions and in some of the song he confronts his failures and success in love.

“The major difference is that I am now completely single…” Vusi says in between giggles.

“You must remember that with Naninina was basically about how I met my partner‚ how amazing things were‚ all the way to where crap started happening and the eventual break up. This album is an update of what has happened since then.”

P.S. He says he’s totes over the ex now-but there are still songs that suggest his heart doesn’t know anything about that!

Queen B a nominee for favourite personality.
Entertainment
3 years ago
Next Article