Letshego Zulu to plant trees on Kilimanjaro in Gugu's honour 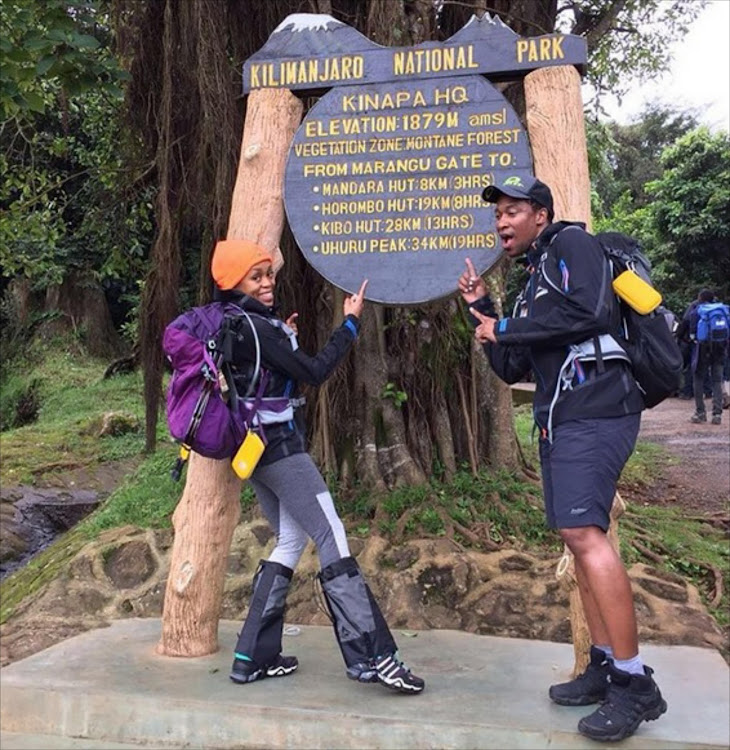 Gugu Zulu's widow and fitness guru Letshego plans to keep his legacy alive by planting trees in his honour on the slopes of Mount Kilimanjaro.

The late racing car driver died while on a Trek4Mandela expedition to Kilimanjaro to raise funds for sanitary pads for school girls in 2016.

Last year Letshego returned to conquer the mountain in honour of Gugu and this year has joined forces with The Kilimanjaro Project to make sure his legacy lives on.

"Trees are a gift that keeps on giving and are reminders of life! Gugu touched so many lives when he was alive and through this life-long project‚ will continue to touch many more. We will also set up a nursery in Marangu in his name that will keep producing trees for years to come‚" said Letshego.

There will be a tree planting ceremony in Gugu's honour on July 13 and the rest of the trees will be planted during the rainy season in Tanzania.

Fans have been urged to donate trees for the initiative by texting Trees4Gugu to 40427.

We're going back to Kilimanjaro next month to honour the life of the truly amazing & extraordinary Gugu Zulu, by planting a mini forest in his memory. 💞 If you would like to donate a tree in his memory, sms Trees4Gugu to 40427. Each tree costs R20. To donate more than 1, please follow the GivenGain link in my bio. #GuguZulu #NeverForgotten #Trees4Gugu