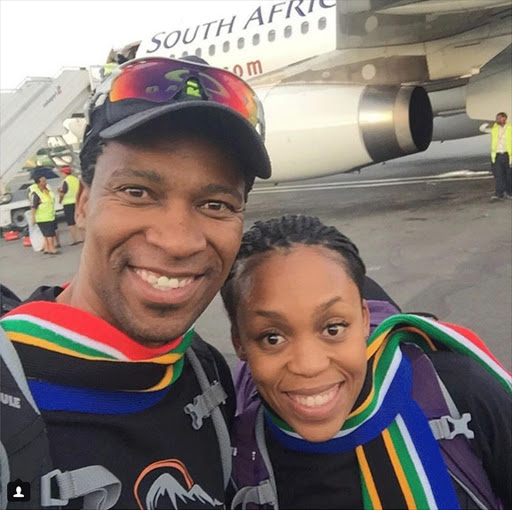 One year after racing car driver Gugu Zulu died while trying to climb Mount Kilimanjaro‚ his wife‚ Letshego will return to the mountain to honour him.

Speaking to TshisaLIVE‚ Letshego said that she decided last year that she would be a part of this year’s Trek 4 Mandela climb up Kilimanjaro.

The hike‚ which is undertaken each year to raise funds to keep girls in school by buying them sanitary pads‚ will this year follow the theme of #Climb4Gugu in honour of the late athlete.

I want to honour my husband and I’m going back in memory of him. I know it is what he would have wanted‚” she said.

Letshego said that the months that followed Gugu’s death were some of the hardest of her life and often she was “on autopilot“.

“I was on autopilot but I am fully aware now of what is happening. I have had to prepare for this climb‚ emotionally and it has been difficult. I still haven’t completely processed everything that has happened but I am taking it one step at a time‚” she added.

Letshego said that both her and Gugu’s parents were supportive of her returning to the mountain.

“They have always supported our adventures and they were fully behind me on this decision. They simply asked if I was sure and if I would be strong‚ and then wished me luck. They know that the cause of helping girls is a special one for me and Gugu because we have a daughter‚” Letshego said.

“I know that it is a world heritage site and so I won’t be able to erect a monument to him (Gugu) but I will carry a flag. Most importantly I will carry his spirit with me and we will conquer‚” she said.