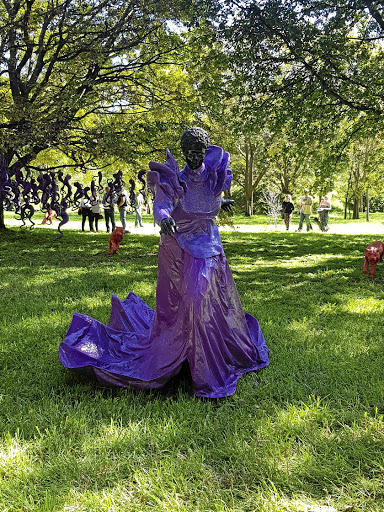 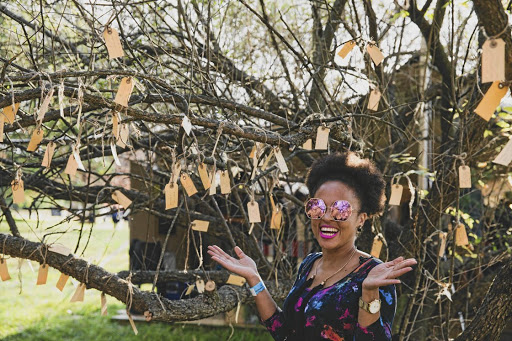 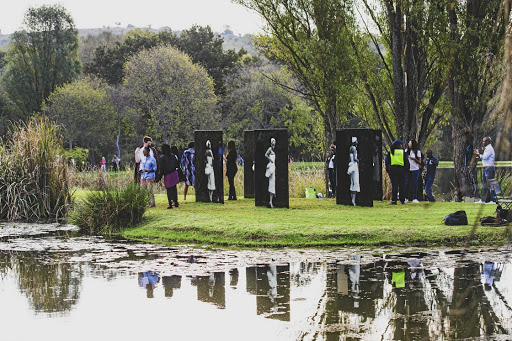 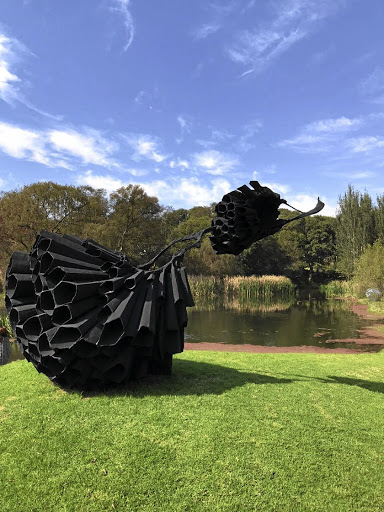 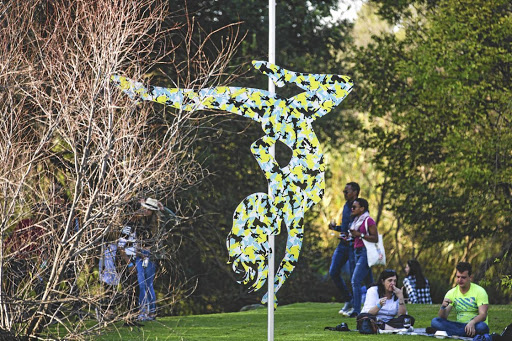 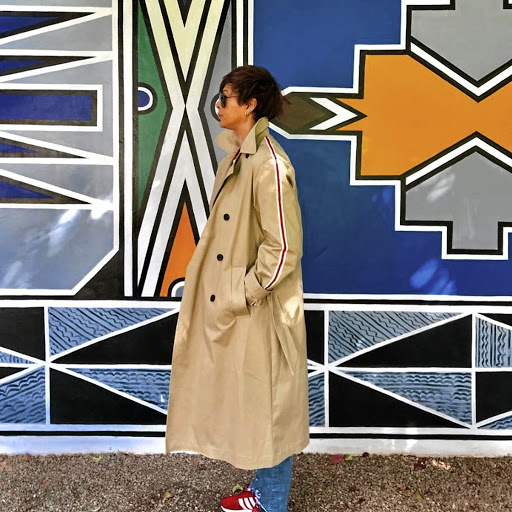 Even if you are not an art enthusiast, Nirox Foundation Sculpture Park in Krugersdorp is a must-do attraction.

The works on display are larger than life and a marvel to look at.

It's perfect for a Sunday picnic with family and friends.

Especially last weekend's American Express Winter Sculpture Fair which came complete with a variety of food stalls and wines all the way from the Cape Winelands.

The park itself forms part of the nature reserve in the Cradle of Humankind World Heritage Site. What was once a commercial trout-breeding and fishing farm was transformed into a park complete with streams, small lakes and paths.

It was re-imagined for artists from around the world to use the grounds as living spaces for their pieces, as well as for nature lovers to appreciate.

While there are several exhibitions and concerts at different times of the year, there are also fixed sculptures that add to the majestic ambience. Two such fixtures are the iconic Morphic Resonance by Angus Taylor and Dark Codex by Richard Forbes - a new but permanent addition.

And for the next three months, prominent women - including locals - are part of the Not a Single Story exhibition which runs until July 29.

It was inspired by Nigerian writer Chimamanda Ngozi Adichie's The Danger of a Single Story which in essence states "diversity strengthens rather than divides us".

Curator Khumo Sebambo says they kicked off the exhibition as part of the 2018 American Express Winter Sculpture Fair - that also includes Mother's Day celebrations - to celebrate the predominantly female artists on display.

As you walk in you are greeted by a wishing well and other captivating sculptures.

But what stands out is the work of Mary Sibande who first became famous for her figure of Sophie the Maid.

The Barberton-born artist decided in 2014 to create a purple figure surrounded by a swarm of vultures.

Her installation at the park is titled Let Slip the Dogs of War.

The woman decked in a Victorian purple dress looks like she's running from hell.

But Sebambo explains that Sibande references the 1989 demonstration in Cape Town where police marked the demonstrators in purple paint.

"The dogs and vultures are part of her, they are running with her. It alludes to references of black South Africans both during and after apartheid. It represents the violence appropriate to SA's colonial era," she says.

Another striking feature is Zanele Muholi's Koze Kubenini murals. The portrait is of herself in a glass coffin strategically placed next to each other at different angles, as the beautiful black woman dressed in white looks, showing off her curves.

The Durban artist says the aim of the installation is to bring to light the reality of black queers, lesbians and the trans community - a group she believes remains marginalised.

"It explores loss in both poetic and concise ways."

Frances Goodman from Johannesburg titled her scantily clothed woman dangling seductively from a pole Siren. On a tour of the park, the guide explains that the pole spins in the direction the wind blows.

The piece itself epitomises the exploitation of the female body for male pleasure but also ownership of one's own body and sexuality. Yoko Ono, the Japanese artist, filmmaker, performer and wife of the late John Lennon, has chosen the park to exhibit her work for the first time. Her's is simply titled Wishing Trees of Hope.

Visitors write down their wishes and hang it on the tree.

This conceptual piece is said to be inspired by her childhood visits to the temple where she wrote her wishes on a thin piece of paper and tied it around a tree.

She chose the African olive tree for this region, and all the wishes will be harvested, collected and sent to the Imagine Peace Tower on Videy Island in Iceland where they are placed with other wishes from around the world. On October 9 each year, Lennon's birthday, a ray of light shines from the tower onto the tree until December 9, the day of his death.

The iconic 82-year-old Esther Mahlangu from Mpumalanga also blessed the park with her hand. Her Untitled mural is synonymous with the colourful paintings she has become famous for worldwide.

It brings together contemporary disciplines such as pop art, abstraction and traditional Ndebele paintings passed down from generations of women in her family.

Axed DA mayor of Cape Town knew early in life she had a fighting spirit.
Lifestyle
3 years ago
Next Article