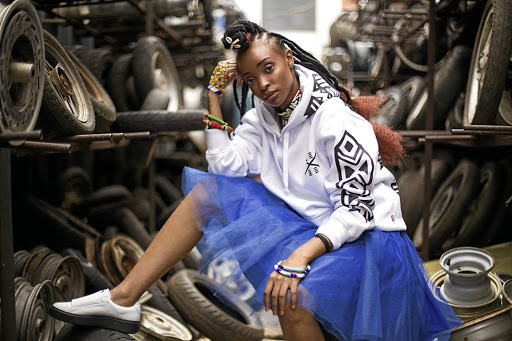 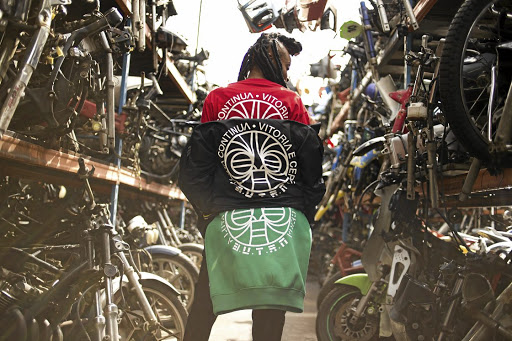 Long before hip-hop regalia was the "in thing", Butan Wear existed in South Africa.

But unlike Yeezy and other labels, it speaks to more than just rap music and the youth - but rather to everything that is proudly African.

The founder of the brand, Julian Kubel, says he was still a scholar when he printed his first T-shirt. "The first ever T-shirt was created with a home-made iron-on print in 2001. I was simply a school kid, wanting to print a couple of T-shirts that truly represented a hip-hop lifestyle with a distinctly local edge," he says.

He certainly never imagined that his T-shirt "project'' would one day turn into a fully fledged clothing brand with the influence that it has today. Kubel says that although it initially started off as a strictly hip-hop-inspired street wear brand, it has since evolved into something much more complex and unique.

"If you take a look at our brand today, you can't help but notice the Afro-centric signature that runs through all of our collections. Undeniably, hip-hop culture still serves as one of our inspirations but it is African narratives, culture and heritage that we aim to proliferate through our designs," he says.

The brand became commercially available in 2006 with ProVerb (known more for his music at the time) becoming an ambassador two years later.

But Kubel says many more local celebs, and even some international stars, are spotted wearing their garments.

"It's really humbling to see. The relationship with ProVerb came about from taking a long shot and sending an e-mail to Rage Productions (The Production House responsible for Head Rush, a show ProVerb was hosting back in 2008) asking them if we could send him some garments.

"To our surprise, they got back to us and we sent him some of our gear. He's been in love with our brand ever since and we cherish our relationship to this day."

If you take a look at the winter collection, you may think it's a copy cat exercise from the Black Panther film. But they were on that cultural vibe long before the film was even made. They have been pushing the Hidden Panther theme for their past three seasons.

Khayelitsha to Milan: Siphosethu Ncise set to be SA's next supermodel

He remembers how their first-ever collection had no real theme. "It was just a bunch of heavily hip-hop-inspired T-shirt graphics. The brand has thankfully experienced a tremendous evolution since. Now, all our collections are heavily themed and aim to carry a strong narrative."

Kubel is the creative director who leads the design process, but a collective team of designers brings the magic together.

"Most of our T-shirts are manufactured locally but our garments that make use of heavyweight, fairly specialised, fabrics we source from overseas."

From humble beginnings in Baseline Studio, a small store in Cape Town, to a major retail breakthrough into Shesha stores, and years later they were approached by major online platforms.

"We have definitely considered taking the brand outside the borders of our country. We receive regular online store orders from across the globe and the demand is growing. It's our distinct African aesthetic that sets us apart from overseas brands and is gaining increasing popularity.

"We've been invited to various international trade shows and hope to start embarking on this journey in the near future."

No break for sisters, even in a model world

There was a collective gasp among fashionistas this week when supermodel Naomi Campbell hinted at imminent retirement.
S Mag
3 years ago
Next Article