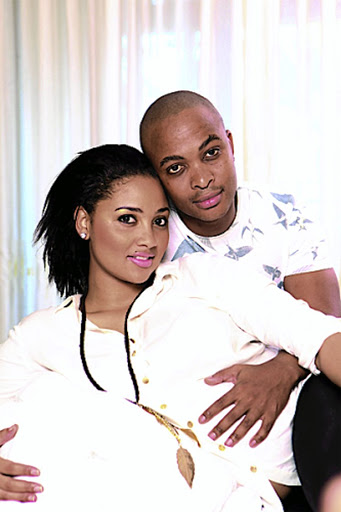 Renowned TV star Thami Mngqolo was chased out of his house by his longtime partner and actress Jo-Anne Reyneke after she allegedly found a compromising video on his cellphone.

Sunday World can reveal that Mngqolo, who played Senzo in the defunct SABC1 soapie Generations, was now squatting with his friend and actor Matli Mohapeloa in Fourways, north of Joburg.

Reyneke, who played a receptionist in popular SABC2 soapie Muvhango, referred questions to her publicist Lolo Morapedi while Mngqolo declined to comment.

Morapedi, CEO of A.I. Relations confirmed the duo have ended their relationship of eight years and were now living apart.

"They remain committed to raising their kids harmoniously and in a healthy manner. They will continue to be good parents and friends,"
said Morapedi.

A family friend, who didn't want to be named for fear of victimisation, said the telly stars, who got engaged about five years ago, broke up acrimoniously last month after Reyneke complained Mngqolo struggled to get gigs and as a result they experienced financial problems that put a strain on their relationship.

The rapper has addressed their apparent split.
Shwashwi
3 years ago

"She complained that she is the only one who is bringing an income home and this has put a strain on their relationship as she is tired of supporting the family alone.

"They have been sleeping in separate bedrooms for a while," said the friend.

The friend also said the pair's relatives tried in vain to help them iron out their differences after getting the whiff of their intention to drift apart.

What broke the camel's back, added the friend, was when Reyneke found a compromising video in Mngqolo's phone.

The friend said Reyneke discovered the video after Mngqolo's return from Kimberley, in Northern Cape, where he went to attend a family shindig.

"She freaked out and confronted him. Afterwards she kicked him out of the house.

"Thami was picked up by a cab that was apparently organised by Matli after the fracas. It's over, she wants nothing to do with him anymore," said the friend.

Mohapeloa, who plays Ngwazi in e.tv's Rhythm City, couldn't be reached for comment at the time of going to press.

The TV presenter confirmed on social media that the pair have split.
Shwashwi
4 years ago
Next Article