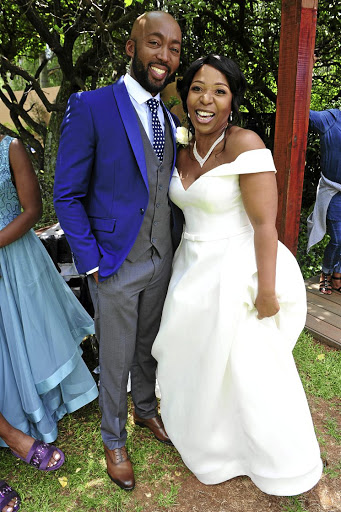 Popular SABC2 soapie Muvhango will celebrate its 3000th episode with a wedding extravaganza not seen before in the soapie.

Producers of the multilingual soapie saw it fit to introduce a new twist to the storyline wherein the beloved James Motsamai ties the knot to an older businesswoman who has two kids.

Mokebe said when Motsamai decided it was time to tie the knot, he felt it would only be fair if he went for someone who was matured, instead of going for a young woman.

"The couple have known each other for some time and both of them felt they were ready to settle down since his fiance's husband had passed away," he said.

The ceremony takes a sour turn when two gunmen storm in, causing havoc.

On the day of the shoot, executive producer and creator of the long-running show Duma Ndlovu was on the ground directing, something he had not done in a while.

"The episode is a milestone and it marks a new era on Muvhango. We want to explore new horizons and do something we have not been able to do, to appeal to the younger audience," said Ndlovu.

He said the show had always been associated with older people but he now wanted it to relate with the younger generation by having a new, younger cast.

"We want to make sure that we speak the language young people understand. We want to say 'we are young and vibrant'," he said.

He said as part of the new era, the soapie will have younger main characters.

Asked if the new direction will include a departure from the old culture where kissing scenes were not allowed, he said he was no longer involved and has young people running the show.

"I can't say you will not see [kissing scenes]. I am no longer involved, I have young people running the show for me. They are doing all kinds of things.

"If Africans see themselves kissing, so be it. I don't think there is a law that says no kissing on Muvhango," he said.

She will portray the role of Moliehi Zikalala.
Entertainment
4 years ago
Next Article