He promises to help bring titles to Bucs cabinet 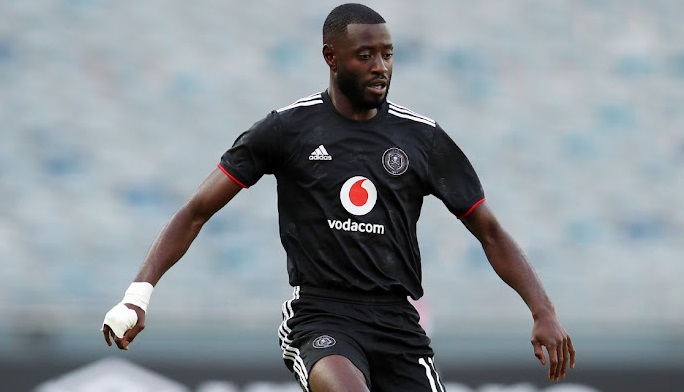 Deon Hotto insists he was not shaken by the criticism levelled at him when Orlando Pirates lost the CAF Confederation Cup final to RS Berkane in May.

Hotto should have killed off the match early but he missed a sitter and the Buccaneers lost on penalties. But what followed was criticism from supporters, with some saying he doesn’t deserve to play for the team.

But the Namibian international is not fazed by the criticism, saying this is what he signed up for. “It was not a good feeling, especially for me. I had two chances to kill off the game, but it was not my day,” Hotto explained to the media.

“So I can’t go back and say it is written already that today it is going to be like this. So I’m looking forward to it. I can’t look back. I have to move forward, that’s what it is.

“This is what I have signed up for. Whether I’m doing good or bad, someone will definitely write something bad about me. So I don’t care about that.

“The ones who are supporting me and those who are not are still from one badge. If I’m not doing good today, they will say I’m not, if I’m doing good they will say that so I have to take it, whether good or bad.

“To the supporters, they must just keep on supporting us. We will try our level best.”

The 31-year-old has vowed to repay the Buccaneers with trophies in the coming season and end their drought.

“It’s been a while for the club to not win anything, especially since they are now turning 85 years old. We need to change the mentality in our dressing room,” he said.

“My plan this season is to score more goals and try to assist where I can and bring titles to the cabinet of the club.”

Newly appointed Royal AM coach Dan Malesela has admitted that there is bound to be a clash of thoughts between him and Khabo Zondo at some point but ...
Sport
2 weeks ago

Tried and tested Banyana Banyana defender Janine van Wyk has advised her teammate to invest their R400,000 bonuses they’ll get for clinching the ...
Sport
2 weeks ago

While the likes of goalkeeper Andile Dlamini, skipper Refiloe Jane and striker Jermaine Seoposenwe have deservedly hit the headlines for fine ...
Sport
2 weeks ago

Former South African Football Association (Safa) presidential hopeful Ria Ledwaba has called for more sponsors and teams to be formed in order to ...
News
2 weeks ago
Next Article