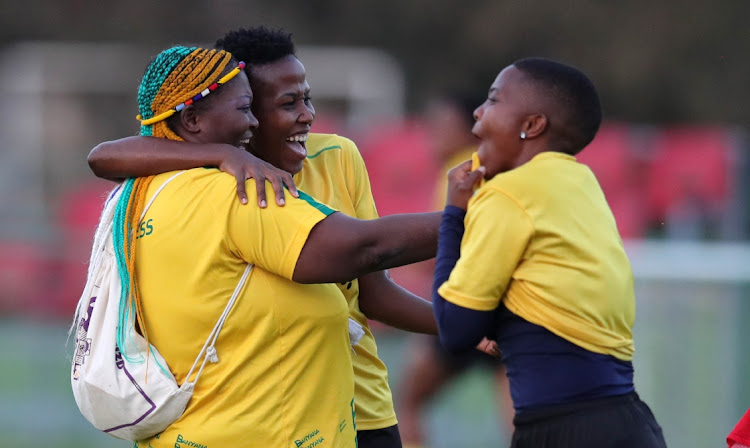 While the likes of goalkeeper Andile Dlamini, skipper Refiloe Jane and striker Jermaine Seoposenwe have deservedly hit the headlines for fine displays that propelled Banyana Banyana to Africa Women’s Cup of Nations (Wafcon) glory, a few players have been the unsung heroines behind the victories. Sihle Ndebele focuses the spotlight on a few stars.

Mbane, 32, started in five of Banyana's six Wafcon games. Mbane was hugely effective at the back, forging a stubborn unit with Noko Matlou at the heart of defence. The Mamelodi Sundowns Ladies’ centre-back was always calm, bringing needed stability when the odds looked to be against Banyana, especially in the final against Morocco.

While Jane received all the plaudits for bossing the engine room, Kgoale, her midfield partner in crucial games, has hardly been mentioned. The 26-year-old helped Banyana whenever they were out of possession, closing down possible spaces for the opponents’ next moves. Kgoale started in three of SA’s six Wafcon outings. When the team attacked, Kgoale was always in the centre of the pitch and behind the ball in order to boost defensive security for the team.

Dhlamini started the tournament as a second choice left-back behind Sibulele Holweni. Even so, the 21-year-old utility full-back proved to be an asset, stepping up to the plate when her pal Holweni suffered a knee injury that would rule her out of the tournament in the quarterfinals against Zambia (which Banyana won 1-0). Dhlamini’s  offensive capabilities, trickery, and technical qualities were just out of this world, given her age.

Gamede’s ability to play at both right and left-back makes her a special player. The 23-year-old UWC player started at right-back in the last pool stages fixture that Banyana won 1-0 versus neighbours Botswana, doing the same against Zambia in the semifinals. In other games, she was brought on to help at left-back.

Former South African Football Association (Safa) presidential hopeful Ria Ledwaba has called for more sponsors and teams to be formed in order to ...
News
2 weeks ago

Advocates for transformation and gender equality have lashed out at the bonus pay structure for the senior national women’s soccer team Banyana ...
News
2 weeks ago

Hildah Magaia's brace propelled Banyana to a 2-1 win over the hosts Morocco at a packed-to-the-rafters Prince Moulay Abdellah Stadium in Rabat on ...
Sport
2 weeks ago
Next Article