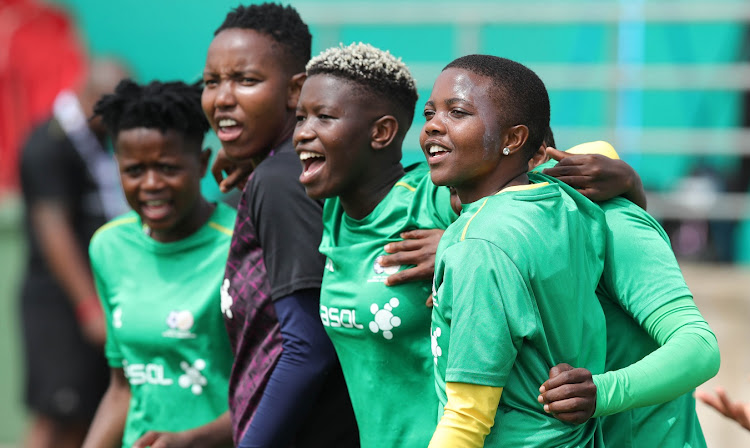 The SA women‚ five-time runners-up in the 13 years of the Wafcon‚ sent a huge message of intent and went a long way to securing their quarterfinal place‚ calmly dispatching 11-time champions Nigeria in the opener in Rabat‚ Morocco‚ on Monday.

Banyana return to Stade Prince Moulay El Hassan for their second Group C clash against Burundi (7pm SA time)‚ who started with a 4-2 defeat against fellow tournament rookies Botswana. Ellis says SA need to keep their guard up so they can capitalise on their dream start.

A win against Burundi will see Banyana through to the quarterfinals and a step away from 2023 World Cup qualification. The four semifinalists at the Wafcon qualify for the World Cup in Australia and New Zealand in July and August 2023‚ and two more teams go into inter-confederation playoffs.

“We're always looking for improved performances, to be better, to get better. And to make sure, first, that we don't concede because we know we are a team that will create opportunities,” Ellis said in her prematch press conference.

“We also need to make sure we keep concentrating. We've watched Burundi over a number of matches now — against Tanzania, Uganda and now Botswana — and they can pose a threat.

“We don't want to underestimate any team. Every game is a new game. They might play differently from what we've seen in their previous games, so we will be prepared if they change and make sure that we get the three points.

“It was huge to get the three points in the first game. I think this is even bigger because it would give us a foot into the quarterfinals.”

Burundi qualified as the Cecafa Women’s Championship finalists, where they lost 3-1 against hosts Uganda. Ellis said Banyana’s analysis team have tracked Burundi since that tournament in June.

“We have to be wary of the threat they pose, but also take advantage of the weaknesses we saw,” she said.

The Banyana coach said SA allowed themselves a brief celebration after a famous win against Nigeria, but soon got back to work.

“We celebrated a bit in the evening because it was a huge result and we'd worked hard for it — not that other teams hadn't, but we had prepared very well for that.

“The next day we started to prepare for Burundi because it's a very small turnaround time between games and you can't think about what has been, and what worked and didn't work. It's looking to the next game because it's a huge game.”

The top two teams and the two best runners-up in the three Wafcon groups reach the quarters.