Who can Kaizer Chiefs bring in to rebuild the ailing giant? 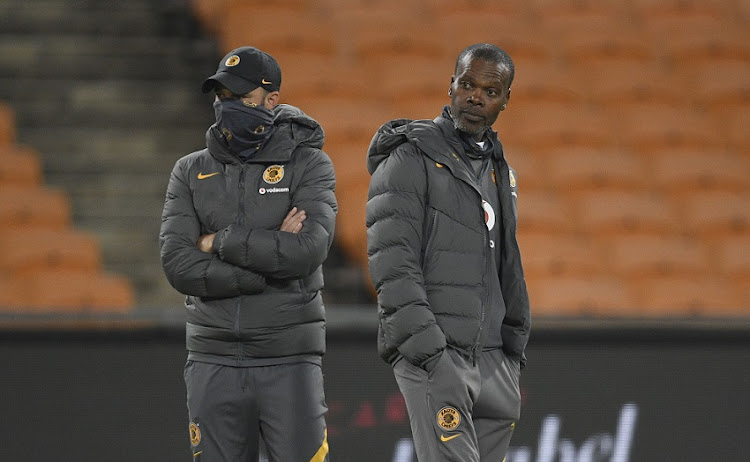 Kaizer Chiefs co-coaches Dillon Sheppard and Arthur Zwane will be asked for advice on who to let go, and who to sign, as the club look to rebuild again.
Image: Sydney Mahlangu/BackpagePix

At the end of what has been another hugely disappointing DStv Premiership campaign next weekend, Kaizer Chiefs will find themselves at the crossroads.

High on the agenda will be on how to clear the dead wood in the squad that has contributed to the club’s failure to lay their hands on a major trophy in seven seasons while bitter rivals Mamelodi Sundowns have ruled the roost.

Zwane said after the loss to Cape Town City recently that some of the players are not good enough to play for the club and they have to find the right players who will take the club back to where it belongs.

With a big clear out expected at the end of the season, TimesLIVE take a look at a number of players that Chiefs may lure to Naturena to start the rebuilding process.

In the goalkeeping department, Chiefs have enough stock with Daniel Akpeyi, Itumeleng Khune, Bruce Bvuma and Brandon Petersen all competing for starting places.

The axe may fall on players like Daniel Cardoso, Ramahlwe Mphahlele, Siyabonga Ngezana, Eric Mathoho, Sifiso Hlanti and Siphosakhe Ntiya-Ntiya. But Chiefs will have to dig deep to bring in the quality of players like Taariq Fielies and Terrence Mashego of Cape Town City.

Njabulo Blom and Reeve Frosler are almost certain to survive the chop in the defence while Happy Mashiane, Sibusiso Mabiliso, Thabani Dube and Njabulo Ngcobo should be given lifelines.

Zitha Kwinika is expected to make a return to the club from Stellenbosch FC while there are reports that Veluyeke Zulu of Chippa United is also being monitored.

There is more deadwood in the midfield with players like Dumisani Zuma, Cole Alexander, Kgaogelo Sekgota, Bernard Parker, Lebogang Manyama, Kearyn Baccus and Anthony Akumu in danger of being culled.

It is unlikely that Chiefs will continue to put up with the off-field antics of Zuma who was recently suspended by the club again for reporting for training in a poor state.

Players like Sibusiso Vilakazi, Miguel Timm, Ethan Brooks, Sipho Mbule and Thabo Nodada are some of the players who may be available to add value to the team. Amakhosi will have to dig deep in their pockets because these players are not going to come cheap.

With two matches remaining, Kaizer Chiefs have only scored 31 goals this season with attackers Khama Billiat, Leonardo Castro, Samir Nurković and Lazarous Kambole struggling to find the back of the net consistently.

Evidence Makgopa of Baroka FC, Victor Letsoalo of Royal AM and Bienvenu Eva Nga of Chippa United are possible additions to their squad next season.