Dan Pasiya remembered as a selfless man who built schools, roads and even a police station 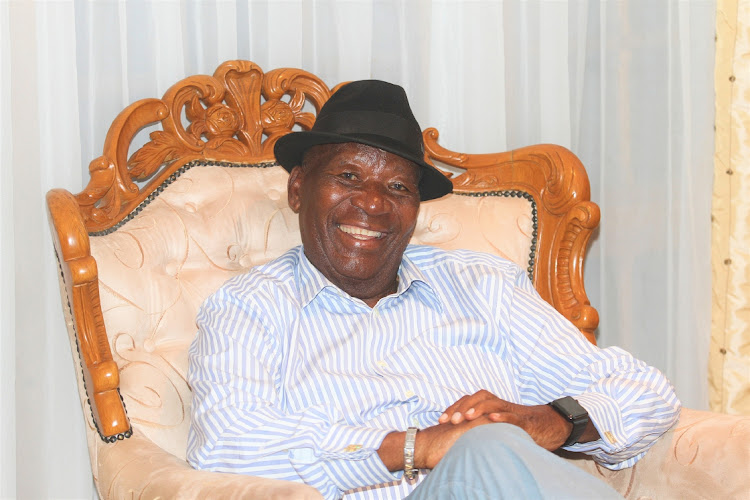 Dan Pasiya's family is still struggling to come to terms with his loss after the philanthropist, businessman and former sports administrator's death a few days ago.

Pasiya died in an East London hospital on Saturday and family spokesperson Leister Phiti said the 87-year-old, who blazed a trail in SA football through his club Mthatha Bucks, has left a huge void that will be felt by many in the Eastern Cape.

“We are going through some tough times emotionally,” said a devastated Phiti.

“Dr Pasiya was a very critical and key person [for many], not only in the livelihood of the members of his family. Due to the philanthropy, he embraced so many families that sometimes we as the family knew absolutely nothing about. But the attention of his love went beyond his dedication to his family and to many other families.”

Phiti said the much loved philanthropist put his money where his mouth was and worked tirelessly in the community, providing a helping hand wherever he could.

“The next thing we would see these kids arriving here [at the family home] with their report cards and then we found out that their fees had already been settled by Dr Pasiya. And there were no strings attached. Instead during the holidays they would time and time again be given jobs in his businesses and earn pocket money.”

Pasiya took things further and instead of waiting for the government to make changes in the Eastern Cape, he would step up and do the improvements himself.

“He built schools, he built roads and he built a police station among many other things he did. He identified that the crime was too high in Lurhasini, which is around the Ngolo district near Mthatha, and he felt that the people in the area were already disadvantaged in life and could not be further exposed to criminality.

“He built it out of his own pocket. He told government the only thing it had to do was to simply employ policemen and officially recognise the police station. He offered to install telephone lines and all that.

“You know, this is just one man. He built schools, he built clinics and he built churches. Community development to him was a gift, it was a God-given gift and loved nothing more than developing the rural person.”

Pasiya took over Bucks in 1986 and Phiti said his aim was never to make a profit.

“To him, he wanted those kids with talents to be developed at Bucks and if they wanted to go elsewhere later, they could do so,” he said.

“But the dream grew bigger and bigger and he said for the sake of the [former] Transkei, I need to sustain this thing and these kids' talent cannot be developed by anybody else. If I do not do it, no one else will.

“He continued to do this sustainably until he handed the baton to his son Sturu.”

Pasiya will be buried in Mthatha on Friday and the Eastern Cape government will grant him a provincial funeral.

The Black Management Forum (BMF) mourned Pasiya and hailed him as a pioneer of economic development in the Eastern Cape, having been in business for more than five decades.

“He became a leading light in the community and the epitome of black excellence,” the BMF said.

“Dr Pasiya’s life has given us many gems we can glean on as black leaders of today. He chose to remain in the Eastern Cape and uplift his community, instead of moving to more developed provinces. This lesson of growing your own timber is critical for us today, where black leaders return home to their communities of birth and play a key role in developing those communities.

“The second lesson we learn from his legacy is his benevolence, always giving himself and his time to the community. We learn that success should not alienate us from the people, instead we should serve selflessly in spaces we occupy as leaders.”

“We have indeed lost a great leader in the country, a leader of many capabilities. We send our deepest condolences to the Pasiya family in this time of mourning. The BMF mourns together with the business community, and we encourage our leaders to emulate the spirit of Dr Pasiya,” said Mancotwya.