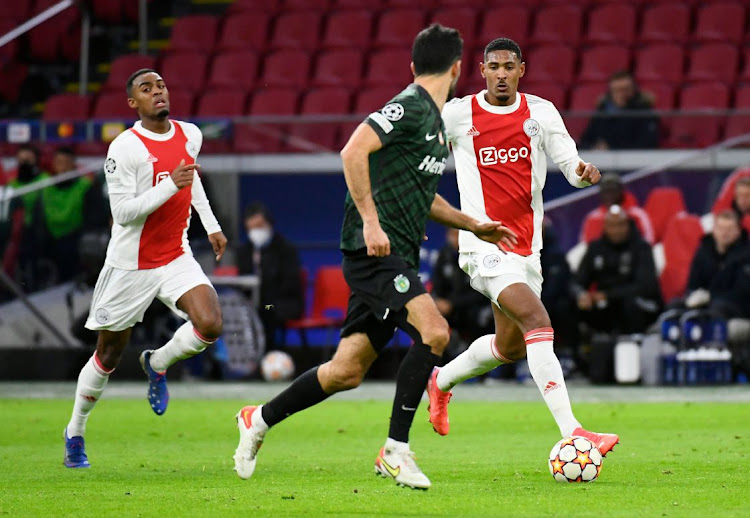 Amsterdam - Ajax Amsterdam coach Erik ten Hag said no team will enjoy being drawn against them in the Champions League round of 16 when the pairings are announced on Monday after the Dutch club won all six of their group stage matches.

Ajax completed a clean sweep of Group C with a 4-2 home win over Sporting Lisbon on Tuesday, with Sebastien Haller becoming only the second player after Cristiano Ronaldo (2017/18) to score in all six group games.

"It is already difficult to win one match, let alone six in a row," said Ten Hag, who added that he would not watch the draw for the next round.

"We'll see what comes out. You also know in advance that it will be tough, but we have gained confidence.

“We know we can achieve something. No team will enjoy being drawing against Ajax. But we also know that we have to be very good to go to the next round.”

Haller, who scored 10 goals in the group, said he was proud of the team's performances.

"Of course I feel great, but mainly because of the 18 points from six games,” said the French-born Ivory Coast international.

“We can be very proud of what we have achieved in the group stage. As a professional football player, you dream of playing such matches and doing well on this podium. Ten goals is very nice."

Haller kept up his scoring streak to help Ajax end the Champions League group stage with a 100% record at the Johan Cruyff Arena. Haller he tucked away an eighth-minute penalty to take his tally in this year’s competition to 10.

Sporting equalised through Nuno Santos in the 22nd minute but Brazilian Antony restored the Dutch side’s lead just before halftime after a horror defensive error by the visitors.

David Neres extended Ajax’s advantage after 58 minutes and four minutes later Steven Berghuis added the fourth, but Sporting got a 78th minute consolation with Bruno Tabata’s thunderous side-footed shot off the underside of the crossbar.

Ajax topped Group C with a maximum 18 points while the Portuguese champions, who had already been confirmed runners-up, finished with nine, using the last group match to give several young players a first run-out in European competition.

The match was played behind closed doors because of Dutch government restrictions imposed following a surge in Covid-19 cases in the Netherlands.

Chelsea midfielder Mateo Kovacic is isolating after testing positive for Covid-19 ahead of their final Champions League group game at Zenit St ...
Sport
5 months ago

Ibrahimovic wants to end his career at AC Milan

AC Milan striker Zlatan Ibrahimovic said he wants to stay at the Serie A club for the rest of his career, admitting he is "scared to stop" playing ...
Sport
5 months ago

Chelsea can sort things out 'quickly'

Chelsea manager Thomas Tuchel has no doubts his team can sort out their problems quickly if they focus on the details after a 3-2 defeat at West Ham ...
Sport
5 months ago
Next Article