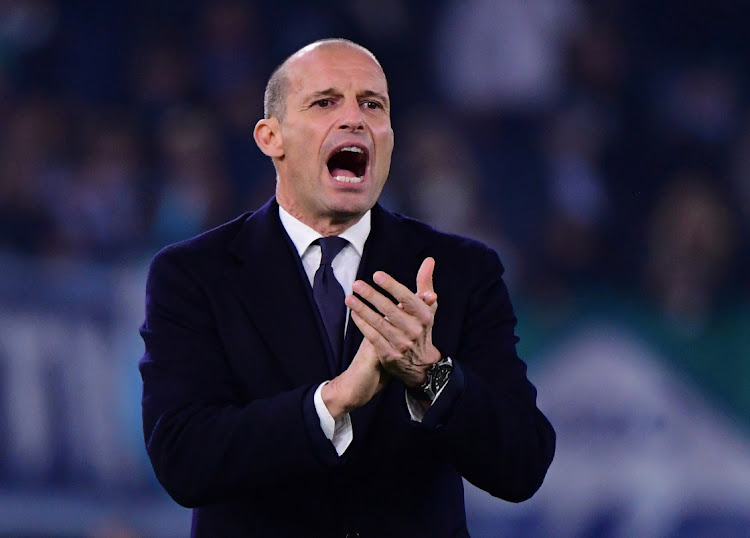 Turin - Several Juventus fringe players will start in their final Champions League match against Malmo FF, coach Massimiliano Allegri said yesterday, while hoping for some luck in the last-16 draw.

Juve are already guaranteed a place in the knockout stages and are second in Group H, level with first-placed Chelsea on 12 points.

They will need to better the English side's result against Zenit St Petersburg to finish on top.

"Some players will be rested, others will play. But we have to win and finish the group in the best way," Allegri told a news conference.

Juventus suffered a humbling 4-0 defeat at Chelsea in their last Champions League outing two weeks ago, but won their other four matches, including a 3-0 victory over Malmo in Sweden in September.

The last-16 draw takes place on December 13, with the two-legged ties scheduled for February and March 2022.

"We have to create the conditions to do better. In March it is another season altogether. We will need players to be in good shape and available," Allegri said.

"Now we finish the group stage, then we will focus on the league and in March we will think about the Champions League.

"We don't know the final positions yet. You want a bit of luck when they draw the names. You can finish first (in the group) and get Paris St Germain. The important thing is to go through, then we will see who we get in the last-16."

"They are on another level from the others," he added.

Chelsea midfielder Mateo Kovacic is isolating after testing positive for Covid-19 ahead of their final Champions League group game at Zenit St ...
Sport
5 months ago

Ibrahimovic wants to end his career at AC Milan

AC Milan striker Zlatan Ibrahimovic said he wants to stay at the Serie A club for the rest of his career, admitting he is "scared to stop" playing ...
Sport
5 months ago

Mourinho's latest outburst further proof all is not well at Roma

AS Roma are in freefall, with the cracks continuing to widen as the same Jose Mourinho gripes remain headline news in the Italian capital.
Sport
5 months ago

After escaping from Watford with three barely merited points on Wednesday, Premier League leaders Chelsea face another tough test tomorrow in their ...
Sport
5 months ago
Next Article