One of Rebic, Giroud to lead Italians' attack 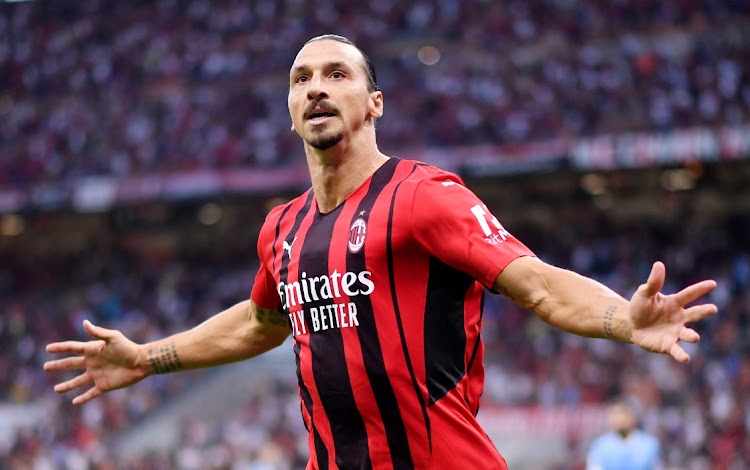 Zlatan Ibrahimovic will miss AC Milan’s Champions League opener against Liverpool tonight, coach Stefano Pioli said, due to a knock the Swede sustained after making his return from a four-month injury layoff.

The 39-year-old made an instant impact on Sunday in his first appearance since May, scoring the second goal of a 2-0 Serie A win over Lazio seven minutes after coming off the bench.

"Zlatan would have been on the pitch from the start. But there was some inflammation in his tendon, which can happen after four months out," Pioli told a news conference.

"We hoped he could still play, and he tried, but he was in pain. It is pointless to take risks, this is an important match, but we have so many other matches after tomorrow.

"These unpredictable absences are part of the game, but we are prepared. I will choose between Ante Rebic and Olivier Giroud for who will start, we are covered. I am sorry for Zlatan, but he will be back soon."

The game in Liverpool will be the seven-times European champions' first Champions League outing since the 2013-14 season, and Pioli’s first taste of the group stage as a coach.

Group B promises to provide a stern test for the Italian side, who face a Reds team that won the competition in 2018-19, as well as Spanish champions Atletico Madrid and last season’s quarter-finalists Porto.

"There are no easy games. Our group is very difficult, the opponents are very competitive and they have all played in Europe for some time," Pioli said.

"But we want to start writing history from tomorrow. With great respect, but also great conviction.

"I am passionate about English football, I know Liverpool and we have studied them. It is true that a lot of us have never been in the Champions League, but the pitch is always the pitch.

"We got here with our way of playing, our enthusiasm and our energy. We will need that tomorrow."