Playing Foden, Grealish and Mount at once backfires 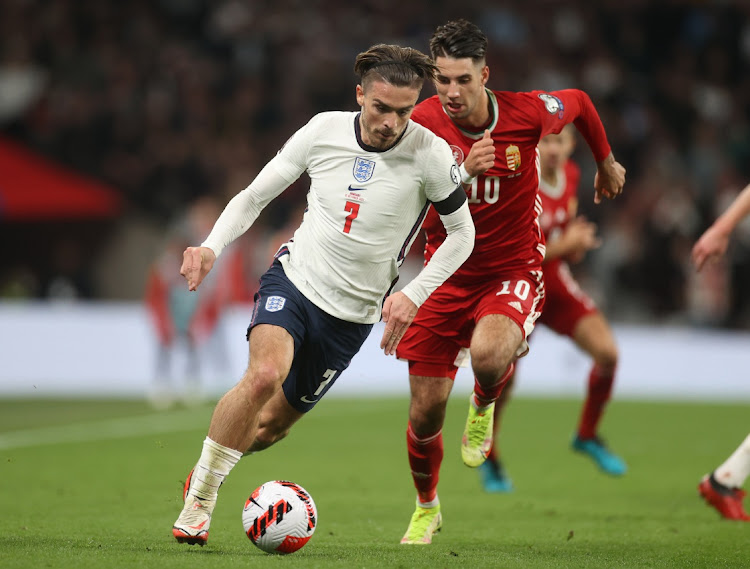 London - Often criticised for being too cautious, England manager Gareth Southgate went for the crowd-pleasing option of playing his three most creative midfielders together on Tuesday, and saw the experiment fall flat in a 1-1 home draw against Hungary.

The result left England three points clear in Group I and still set fair to qualify for the 2022 World Cup, but they are now looking over their shoulder at Poland, with two games remaining against Albania and San Marino.

The performance is likely to have reinforced Southgate's view that the conservative approach that took England to the final of Euro 2020 is the way forward.

His attempt to shoehorn Jack Grealish, Phil Foden and Mason Mount into a midfield trio to supply forwards Harry Kane and Raheem Sterling is unlikely to be repeated anytime soon.

England fell behind to a 24th-minute Roland Sallai penalty and although John Stones levelled later in the first half, they were unable to take control or really threaten a second goal.

Grealish had looked clever and occasionally dangerous in the first half but Foden was unable to find the space and penetrative passing that made him so dangerous against Andorra in England's 5-0 win on Saturday and the "front five" seemed confused over their roles and relative positioning.

Southgate took Grealish off early in the second half and Kane and Sterling followed with 15 minutes remaining but the reshuffle failed to much alter the course or feel of the match.

Southgate had dispensed with both of his usual holding midfielders against a toothless Andorra and, seemingly against all his instincts, on Tuesday played with just Declan Rice in a shielding role.

It proved enough defensively as Hungary rarely threatened but the balance going forward was missing, much to the frustration of the crowd hoping for a feast of creativity from players who turn on the style every week in the Premier League.

Asked about the formation, Southgate said: "I think we’ve got to go away and reflect. We shouldn’t just judge things on one game in terms of that sort of experiment.

"It was difficult to find space and we took a while to work out where those spaces might be. But Hungary didn't allow time in midfield and we weren't sharp enough in our attacking play.

"I didn't see that coming from the game the other night or from the training sessions. We gave the ball away and were over-running things and weren't great with our pressure. So I just think that we were underneath it. It’s the first time for a long time but we have to hold our hands up to that."

Newcastle United's takeover by a Saudi Arabia-led consortium is the best news the Premier League club has had since Bobby Robson took charge in 1999, ...
Sport
4 days ago

Some players influenced by conspiracy theories on vaccines, says Southgate

Some soccer players are not vaccinated against COVID-19 because their opinions could be swayed by conspiracy theories on social media, England coach ...
Sport
1 week ago

Outgoing Newcastle United owner Mike Ashley said he had rejected a higher bid than the one that led to the Premier League club being taken over by a ...
Sport
1 week ago